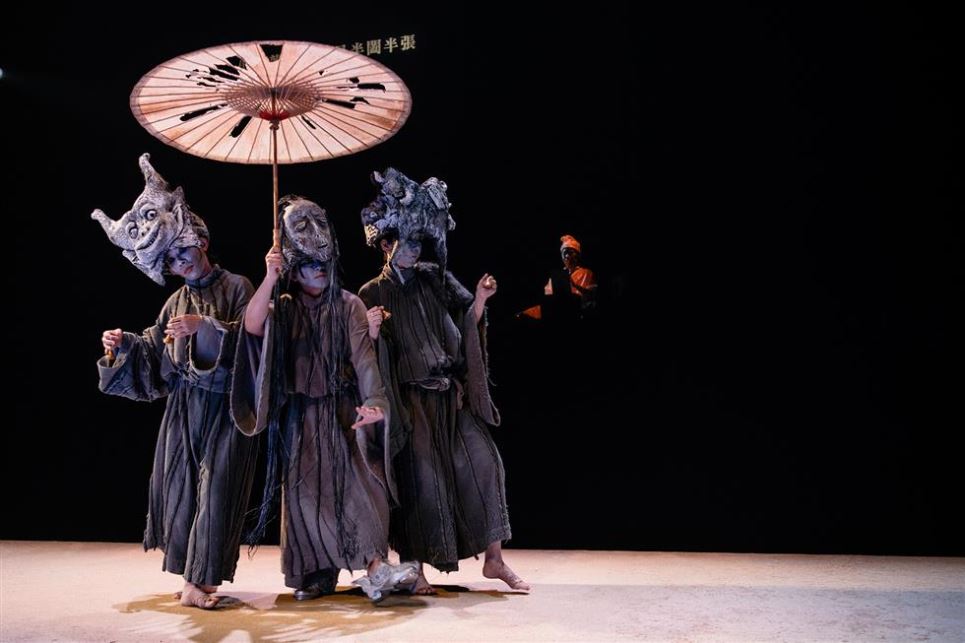 La Cie MaxMind theater troupe produces works that combine elements of traditional and contemporary performing arts to reflect the various cultural influences that shape Taiwanese art and humanistic thinking. They also try to deal with modern conflicts, such as the need to both exploit and protect the environment, national identity, and the tensions between different social classes.

Many of their performances feature traditional Nanguan (南管) and Beiguan (北管) music, mixed with blues, rap, and R&B, not to mention puppetry, multimedia presentations, and ritualistic dances. They have toured all over Taiwan and abroad, and their works have been positively received by the international audience and critics alike.

Previously an instructor at the Department of Music of Shih Chien University, Lee Yi-hsiu is the founder and creative director of La Cie MaxMind. He is also the chief executive of the Performance Center (黑盒子表演藝術中心) at National Central University, and the theater director of Trend Education Foundation (趨勢教育基金會). He graduated from the Department of Theatre Arts at Taipei National University of the Arts with an MFA in Acting, and has since been involved in a wide range of performing arts, including Nanguan, traditional Chinese opera, Kunqu (崑曲), and contemporary theater.

In 2005, together with dancer Wang Hsin-i (王心儀), Lee directed "Le Reve Dans Le Pavillon Rouge (紅樓夢)," an adaption of the famous 18th-century Chinese novel "The Dream of the Red Chamber," at La Péniche Opéra in France. In 2008, he was invited back to helm the performance of "PASSEUR (擺渡人)." In the same year, La Cie MaxMind performed their first work "The Drought Goddess (大神魃)" at the Taipei-based National Theater and Concert Hall.

In 2009, La Cie MaxMind represented Taiwan at the Off Festival d'Avignon in France, performing "The Drought Goddess (大神魃)" and receiving standing ovations. In the same year, they also performed "Dreams of Manuscript (玉茗堂私夢)," which was nominated for the Taishin Arts Award (台新藝術獎). In 2011, Lee was invited to direct plays for the "Water Tiger Inn" installation at International Film Festival Rotterdam.

Part one, "The Drought Goddess (大神魃)," retells the story of the goddess Hanba (旱魃), who was left to wander the human world on her own, sowing destruction wherever she went, after the Grand Emperor (皇帝) asked for her help in defeating an enemy and then betrayed her.

"Isle of Dreams" concerns the rivalry between two clans of gods fighting over ownership of a divine garden. Loosely inspired by the ancient Chinese "Classic of Mountains and Seas (山海經)," the production superbly reinterprets the mythic beauty of these ancient legends.

In it, Nüwa (女媧) and her brother, Fuxi (伏羲), two ancient deities, decide to end the slaughter once and for all by replacing the gods with humans. To prevent this, Xingtian (刑天), the God of War who was beheaded in the war for the divine throne, is summoned by the spirits of the Isle of Ghosts to find the key to the divine garden and help prevent the end of the world. There are plenty of twists and turns along the way.

To create a distinctive atmosphere and convey the sense of the mythological world's space and time, Lee integrated Taiwanese Minnan, Hakka, and the Suzhou and Cantonese dialects of Mandarin to devise a rhetorical style that would make the characters' word usage sound appropriately ancient. For the score, composer Hsu Shu-hui (許淑慧) ingeniously combined Nanguan and Beiguan music, adding rap and R&B to create a unique style of music with both traditional charm and novelty.

All three plays in the trilogy are marvelous theater works, displaying sophisticated artistry with their use of contemporary dance, puppetry, costume design, and music. La Cie MaxMind will continue to create inspirational theater works and provide a sensual feast for their audiences' minds.