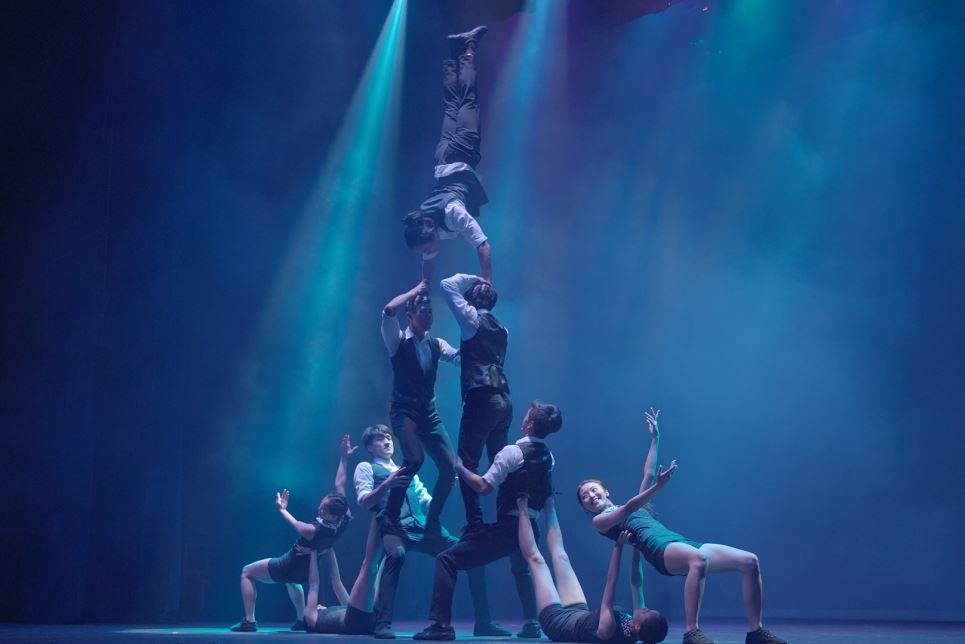 Name: FOCA福爾摩沙馬戲團
Year of Establishment: 2011
Founder: Allen Lin (林智偉)
Did You Know...?
Members of the Formosa Circus Art come from a variety of performance disciplines, from acrobatics and juggling to street dance, contemporary dance, and theater. Together, they form the only modern Taiwanese circus troupe with more than ten full-time members. The troupe is also the only one to have continuously received awards from the Taiwanese government every year since 2017.

Formosa Circus Art—formerly Mix Acrobatics Theater—was founded in 2011 as leader Allen Lin brought together like-minded partners from a variety of backgrounds. Lin was raised in a single-parent family and attended a theater school at young age. After graduating from theater school, Lin found that to make a living, many theater school graduates were performing at theme parks, busking on the streets at the Children's Folklore and Folkgame Festival, or acting as a stand-in for commercials, because trained acrobats were rarely considered "real" performers or artists. Unwilling to settle for this, he founded the Mix Acrobatics Theater, and after a few years of training and refinement, the group was renamed Formosa Circus Art (FOCA) in 2014. That same year, Lin gave a presentation at TED×Taipei.

In October 2012, while Lin and his fellow performers were still in school, they harnessed the fearless boldness of youth to organize their first public performance, "Ten Dances in Beginner's Robes," at the Taipei Zhongshan Hall. After the show, unexpectedly, Lin found himself in huge debt. Nevertheless, this show helped the group to set foot in the door of the world of performance. Among the audience was a circus curator from France. Impressed by the performance, the French curator invited Mix to perform at the Pisteurs d'Etoiles festival of circus arts in Obernai, France, the following March. This provided a massive boost to the troupe's profile.

The highly skilled troupe members always received cheers and applause from the audience, but, despite years of accumulated effort and risky performances, they were often relegated to supporting roles, with unstable performance opportunities and income. A newly formed group with loosely attached members, the troupe must seek temporary support from friends when it received more and more invitations and was in short of performers. Lin was profoundly aware that he could not rely on temporary members forever. When things settled down a bit, he took the bold step of offering members a fixed salary plus a cut of performance revenues so that they could commit to the work. The decision resolved the worry of the young members. With confidence and security in their profession, the young members were then more able to practice their skills full-time, develop new shows, and plan for the long-term.

Due to its unique, diverse aesthetics, FOCA has found a warm reception among many overseas audiences over the years. In 2017, Formosa Circus Art launched a cooperative trilogy project working with Taiwanese contemporary theater director Baboo, Philippine visual artist Leeroy New, and a German dance theater team. Through this previously unimaginable vision for Taiwanese circus, Lin hopes the cooperation with these outstanding members of different disciplines will open up new possibilities for Taiwanese contemporary circus.

The troupe gave nearly a hundred commercial performances every year, along with a total of six large-scale annual productions including "Olé" and "The Light of Instant: How Long is Now?" In the future, it aims to strike more of a balance between commercial performances and artistic ones. As FOCA continues to grow in strength, the troupe's next step is to plan and launch the "Circus Dream Project." Launching its own system for education, setting up circus classrooms, and, more importantly, planning for alternatives for members will enable Formosa Circus Art to continue to operate more sustainably.

In addition, FOCA is also actively strengthening its links with international resources, taking the opportunity to visit different international circus festivals and platforms for the performing arts, including the Busan International Performing Arts Festival and Seoul Street Arts Festival in South Korea, the Setouchi Creative Circus Festival in Japan, and the Australian Performing Arts Market. Not only will this open up new connections for the troupe, it will also help explore potential markets in the Asia-Pacific region. The troupe is also actively involved in the establishment of the Circus Asia Network (CAN), contributing further to the development of the circus ecology in the region.