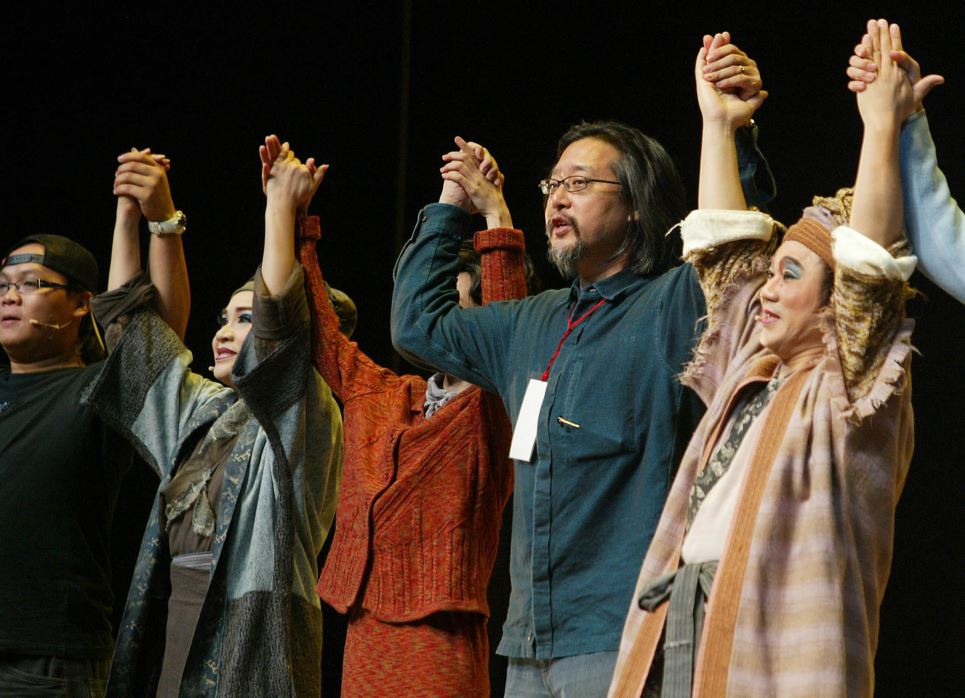 Name: 表演工作坊
Year of Establishment: 1984
Founder(s): Hugh Lee (李國修), Lee Li-chun (李立群), and Stan Lai (賴聲川)
Did You Know...?
"Welcome to Overture: The Western Restaurant! (歡迎光臨，華都西餐廳！)" This will surely be a call of welcome that remains etched in the memories of many Taiwanese of a certain age. In 1985, the xiangsheng (also known as "crosstalk") show "That Night We Did Crosstalk (那一夜，我們說相聲)," featuring Hugh Lee and Lee Li-chun and directed by Stan Lai, would usher in the start of a new age for this traditional comedic art by combining traditional crosstalk with contemporary Taiwanese "new theater." In the early 1980s, in the time before martial law was finally lifted, throughout Taiwan there was a real thirst for cultural events, but even today this show remains a glorious masterpiece, as well as a key point in the birth of theatrical troupe Performance Workshop.


Performance Workshop was founded on April 11, 1984, by Hugh Lee (李國修), Lee Li-chun (李立群), and Stan Lai (賴聲川). Hugh Lee had been involved in the founding of Lan-Lin Theatre (蘭陵劇坊) as one of its first members, as well as participating in CTS' show "Variety 100 (綜藝100)," through which he became a comedian well known throughout Taiwan; Lee Li-chun, meanwhile, was a graduate of the acting class at the CTS training center in 1975 who also took part in skits as part of "Variety 100," along with being involved in more than 2,000 shows for "Overture." Stan Lai, born in Washington D.C., graduated from the University of California at Berkeley in 1983 with a doctoral degree in Dramatic Art before returning to Taiwan, met Hugh Lee and Lee Li-chun as part of Lan-Lin Theatre and immediately clicked with them.

In 1985, as Performance Workshop, the three men worked together to launch the group's debut work, "That Night We Did Crosstalk." The show boasted a highly experimental nature, and as a result it was both very like and very unlike the usual crosstalk performance, being both not a stage play and also very much a stage play. "The art of crosstalk had died off very suddenly in Taiwan," remembers Stan Lai. Going through a period of thorough consideration, Lai eventually decided he wanted to combine elements of contemporary theatre and performing arts with crosstalk. While striving to retain many of the more familiar and traditional aspects, he would try at the same time to give audiences something new. It was that novel form which helped foster a new openness to the various kinds of theatrical performances that would appear in the future.

On March 1, 1986, the group launched "Secret Love in Peach Blossom Land (暗戀桃花源)," which went even further beyond expectations, combining classical literature, tragedy, and comedy, with a cast of top-line actors of the time, including Chin Shih-chieh, Lee Li-chun, Ku Pao-ming, Ding Nai-chu, and even poet Kuan Kuan. Blending the two themes, "secret love (暗戀)" and "Peach Blossom Land (桃花源)," the play, through tragic and merry moments as well as farcical action, revealed the dilemma of all ages.

For this play, Performance Workshop was honored with the "Republic of China Performing Arts Award (中華民國表演藝術獎)," and in the eyes of some scholars, "That Night We Did Crosstalk" has entered the pantheon of Chinese-language classics of the century, alongside the play "Teahouse (茶館)" created by Lao She (老舍) in 1956 and Cao Yu's (曹禺) "Thunderstorm (雷雨)" created in 1933.

On September 30, 1989, "This Night We Do Crosstalk” had its premiere showing, a piece crafted just in the wake of the lifting of martial law. At that time, people in Taiwan were being confronted with an opening of contacts between two sides of the Taiwan Strait and the question of identifying themselves as "Chinese" or "Taiwanese." Through humor and irony, this show attempted to ask questions that no one dared ask, including challenging the audience the question: "Whether the geography you learned has become history?"

In addition to pushing new theatrical ideas, in 2004 Performance Workshop launched the "Just Perform It" project, working with renowned actors and experienced crew to take theater to schools, communities, and businesses around Taiwan, sharing their 28 years of experience with them. Since then, this project has leveled up into "Just Play It!," preserving the original wonderful programs while strengthening the course and seminar sides to better help the public understand the history and works of Performance Workshop and have the chance to be part of them.

In 2007, Performance Workshop received an award at the 11th Taipei Culture Awards (台北文化獎). To this, founder Stan Lai said that he was "very touched to have been part of making theater an option for ordinary citizens." Performance Workshop played a vital role in the early days of Taiwan's performing arts scene, and today, they continue to help drive it toward a more diverse, more creative future.