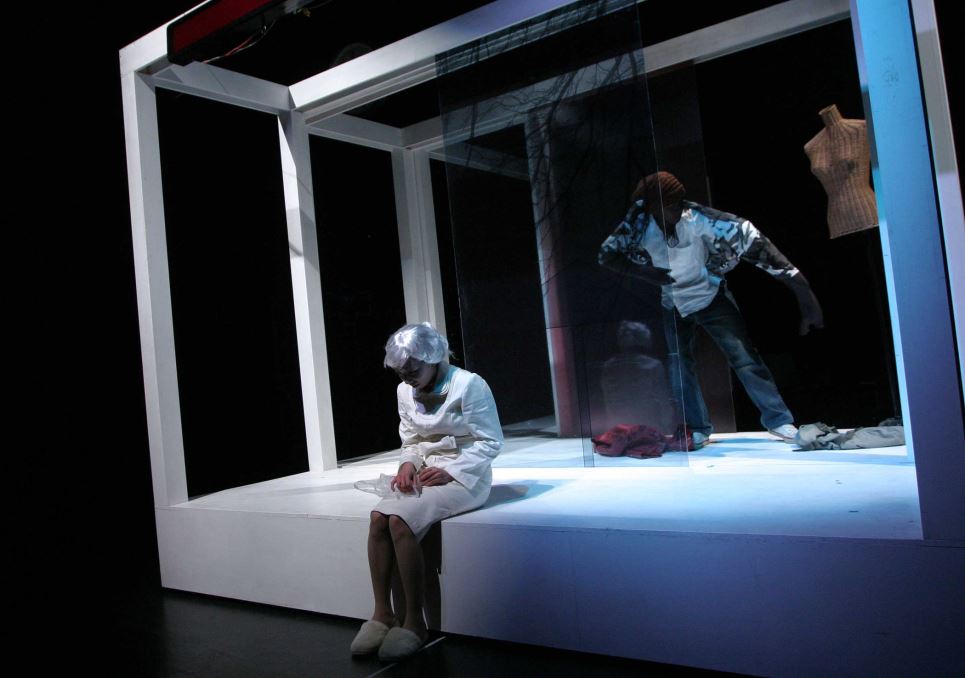 Name: 創作社劇團
Year of Establishment: 1997
Founder (s): Jiang Shifang (江世芳), Chi Wei-jan (紀蔚然), Katherine Chou (周慧玲), Wei Ying-chuan (魏瑛娟), Li Huan-hsiung (黎煥雄), Lin Jing-yun (林靜芸), Lee Yung-ping (李永萍)
Did You Know That...?
In 1977, the novel "Crystal Boys (孽子)" by Taiwanese writer Pai Hsien-yung was serialized in the literary magazine Modern Literature. The novel tells the emotional tale of the protagonist A-Qing, depicting as well the community of gay men known to have congregated around Taipei's New Park (now 228 Peace Park), a well-known cruising spot in the late 20th century. Over the course of its narrative, "Crystal Boys" tells of the struggle of homosexual Taiwanese men against the prejudices, their inner conflicts and lifestyles in the 1960s. Over the years, "Crystal Boys" has been adapted into a movie, a TV series, and a theatrical work, with each and every incarnation proving capable of capturing the attention of Taiwanese audience, and it was Creative Society that headed up the challenging task of the theatrical adaptation.

The theatrical troupe Creative Society was originally founded in May 1997 by a group of veteran Taiwanese theater directors, drama scholars, art administrators, and media workers, a seven-person team of Jiang Shifang (江世芳), Chi Wei-jan (紀蔚然), Katherine Chou (周慧玲), Wei Ying-chuan (魏瑛娟), Li Huan-hsiung (黎煥雄), Lin Jing-yun (林靜芸), and Lee Yung-ping (李永萍). Taking its inspiration and drive from observations of the close relationship between modern theater and the pulse and evolution of society, the group has throughout its existence been deeply committed to exploring new aesthetic styles and creative elements with original scripts.

Later in the very same year that the troupe was first founded, they performed their first major show, the black comedy "Mahjong Game (夜夜夜麻)." The plan for the play was quite simple, with the performance centering around a cast of four old university friends, who were entering middle age, playing a game of mahjong in an old-fashioned apartment. In its dialogue and story, the show deploys a barrage of some sharp and insightful criticism of the once-idealistic generation that had come of age in the 1970s.

The play makes use of dialogue in a familiar, everyday style, mixing Mandarin, Taiwanese, and English and combining both popular slang and literary allusions. "Mahjong Game" also addresses issues that remain just as resonant in modern times as they were when the show was first performed, echoing how the trials and tribulations of reality can grind down the most idealistic of us and foster a pressing sense of weltschmerz, a profound world-weariness.

Li Yu (李漁), a renowned playwright and poet from the late Ming/early Qing period, once wrote a play titled "Mother Meng's Three Moves (男孟母教合三遷)." Some four centuries later, in 2009, Creative Society's Katherine Chou made the decision to craft a genderswapped version of this play, titled "He is my Wife, He is my Mother (少年金釵男孟母)." In a time of conservative thought and repression, this genderbent play features cross-dressing characters Rui Niang and her cousin Xiao Jiang as they portray a touching tale of love that reaches across gender stereotypes and kinship. It is a unique show of humanistic care and creative performance among Taiwanese theater.

In 2014, Golden Bell award-winning director Tsao Jui-yuan adapted "Crystal Boys" for the small screen, and Creative Society further refined this for a reinterpretation of this Taiwanese literary classic for the stage. Through Shih Ju-fang adapted script, the main narrative through-lines of "father-son love" and "homosexual love" intertwine with one another to create a sense of salvation and recreate the mystery, joys, and sorrows of New Park gay men community.

In 2011, Creative Society again launched a project aimed specifically at young actors, the "CS Producer Project (CS監製計畫)." The project was focused on harnessing Creative Society's substantial experience in production and design to help talented and creative younger people, and the results of which have already been seen in the spectacular shows "Love Song: Rhyme for You (我為你押韻—情歌)" and "File K (檔案K)."

With the support of the Taishin Bank Foundation for Arts and Culture, in 2005 Creative Society continued to work with different approaches, undertaking performance and education promotion efforts on school campuses. This work included seminars, physical and performance workshops, and performances of an award-winning play. The group continues to work on training new blood, bringing in promising talent from all theatrical specializations, and dedicating to exploring and developing modern theater in Taiwan.

It's like a return to the days when a group of young theater folk came together in a long-since-closed hip cafe to talk about their ideals and their creative work and ultimately decided on one thing: "if we want to start a theater troupe, we need to focus on local work, not just translating scripts or doing soap opera type stuff." And now, 24 years later, Creative Society continues to work hard to embody the full diversity of modern Taiwanese theater.