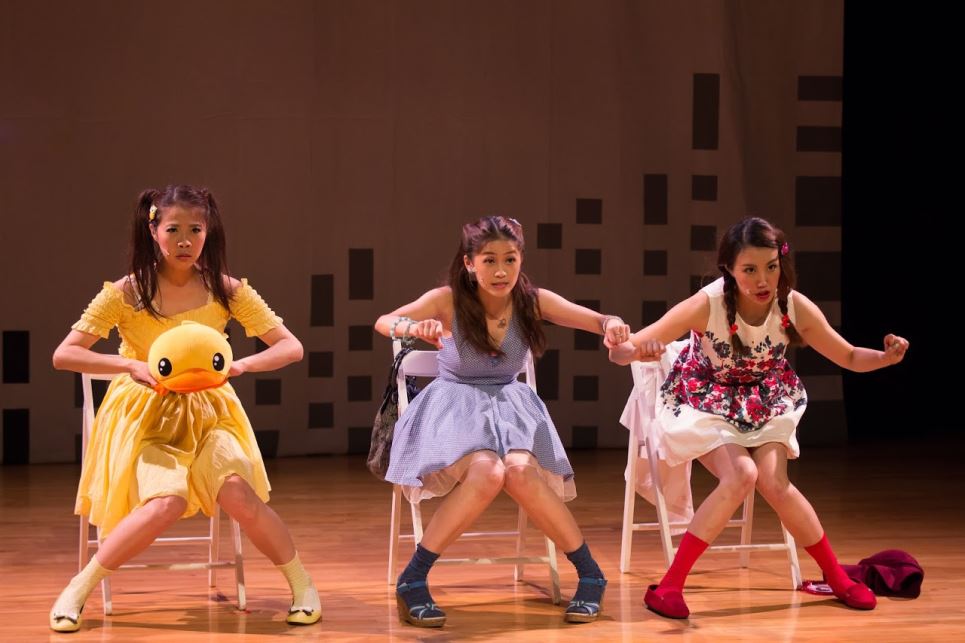 Chinese Name: 黑門山上的劇團
Time of Establishment: 1996
Location: Taipei City, Taiwan
Did You Know?
The theater troupe Workshop in Heaven (黑門山上的劇團) is built around a love of the world and attempts to create theater art that is characterized by healing, comfort, and persuasion and to develop an artistic creation space that allows theater workers who love the art to fully unleash their creative capabilities.

The members of Workshop in Heaven include graduates and current students from the theater departments of Taipei National University of the Arts, National Taiwan University, Chinese Culture University, National Taiwan University of Arts, and Shih Hsin University. The founder of the group, Yan Mei-chen (顏美珍), is good at streamlining the stage, seizing the psychology of the audience and the private inner feelings of the actors, and creating fresh comedies. In addition to having experience in theater production, the members also take part in film and music video production. The troupe’s first work, "Eyes (眼神)," tells various stories by girls about their bodies. Despite there being no publicity, every show played to a full house, and so the troupe decided to continue producing plays.

Workshop in Heaven's works are richly creative and powerfully executed, always coming through with a style and taste distinctively that of the troupe. Workshop in Heaven’s performances are mainly Chinese-language comedies, focusing on interaction with the audience, hoping to convey their love for the country and culture to the audience through the art of theater. Of particular note, in 1998, after watching the last scene of "The Big Lover (大戀愛家)," film director Wei Te-sheng (魏德聖) reunited with his first love, with whom he had broken up at the time and who would go on to become the current Mrs. Wei.

In 2004, 2005, and 2007, Workshop in Heaven was selected as an "Excellent Support Team" by the Council for Cultural Affairs. "My Right Leg (醫院風雲之我的右腿)," "Delicious Bento (美味ㄩˋ便當)," and "The King of Soy Milk (豆漿大王)" were also selected to be part of a grassroots tour and a campus tour organized by the Council for Cultural Affairs. Workshop in Heaven is the only troupe in Taiwan to cooperate with Din Tai Fung (鼎泰豐), and in 2007, they teamed up with veteran actor Mark Lee (李天柱) for "The World’s Top Dumpling (天下第一包)."

In 2006, Workshop in Heaven's 10th anniversary coincided with the early days of the Great Recession, which put the troupe's survival under threat. In response, they worked on a classic drama promoted by their college teachers, integrating the concept of a "playground for capitalism," premiering "The Principles of Theater (戲劇原理)" at the Experimental Theater of the National Theater Hall to a rave reception. Later, for their campus tour, they adapted the show into "Love. Drama. Happy Land (愛情、戲劇、遊樂園)" in 2008, which enabled the troupe to pay off its debts. In 2009, that same show was selected for a campus tour by the National Culture and Arts Foundation.

In 2011, "The Girl Who Picked Flowers (採花女)" won first prize in the drama category of the 4th Taipei Fringe Festival. In 2013, 2014, and 2015, the troupe was selected for a residency at the Taipei City Cultural Bureau's Art Sound Space (藝響空間). In 2016, they joined forces with Kham Inc. (寬宏娛樂), inviting artists such as Sam Tseng (曾國城), Alex Tung (董至成), Chu De-kang (朱德剛), and Ti Chih-chieh (狄志杰) to perform in "Oh Dad! (靠爸！)," getting a warm response and adding extra performances the following year. In 2016, Workshop in Heaven marked its 20th birthday, with actors who had worked with the troupe in the past invited back to interpret the famous writer Milan Kundera's work "Jacques and His Master (雅克和他的主人)," which was performed various times by different young and middle-aged actors. The youth lineup was called "We Were Going to Perform Jacques and His Master (原本我們要演雅克和他的主人)," while the middle-aged team was called "Tomorrow We're Going to Perform Jacques and His Master (明天我們要演雅克和他的主人)." This show remains the favorite of the troupe’s leader Yan Mei-chen for how it showcases the relationship and rivalry between the two generations of Workshop in Heaven. Even though some of the players were returning after many years away, the blood of the theater still ran strong through them, a passion for performing without concern for fame or fortune.

In 2019, collaborate with Carrier Entertainment (開麗娛樂) to invite outstanding stage actors Wu Shih-wei (吳世偉), May Mei (梅若穎), Shih Yi-hsiu (時一修), Chien Yow-ru (錢宥儒), and Ye Yu-te (葉育德) to come together for a production of "Rowing Madame White Snake (搖櫓白蛇傳)." In 2020, the troupe created a touring piece, "A Car Full of Theater Spirit—Take Me Home (裝滿劇場魂的一輛車－載我回家)," built around a nine-seater van and telling the story of a famous theater troupe vehicle "Little Green" and a lifetime dedicated to the theater. Workshop in Heaven has always strived to stay true to its founding passion, preferring stage performances in small theaters, emphasizing communication between actors and audiences, and hoping that there will be more theaters for audiences of less than 200 people in Taiwan. The troupe hopes to create different emotional connections between dramas and audiences through differences in actors, works, and venues.