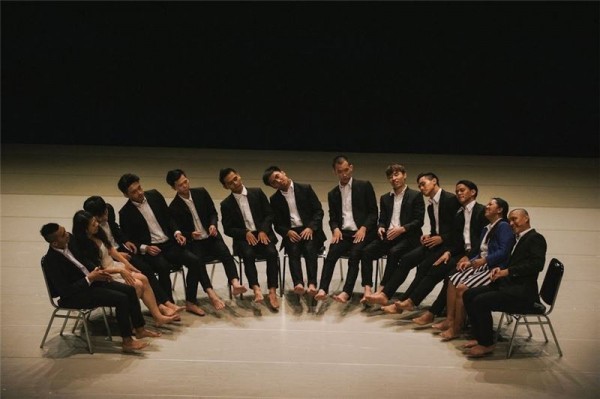 The Bulareyaung Dance Company (B.D.C) is a contemporary dance group established to discover and develop the talents of Taiwan's indigenous peoples. With aboriginal identity at the group's core,B.D.C showcases indigenous languages and physical prowess through dance and song.

Originally from the Paiwan tribe of Taiwan, Bulareyaung is a professional choreographer who served as a principal dancer for Cloud Gate 2 and the Martha Graham Dance Company.

After achieving considerable fame in life, Bulareyaung started to focus on his identity as a member of the indigenous community. The process of self-discovery led him to establish the dance company in 2014 and embark on a new journey of cultivating young dancers and producing aboriginal performances.

B.D.C aims to provide a stage in eastern Taiwan for young dancers. Though members ofB.D.C did not receive prior formal training, they can intuitively develop different kinds of body movements and gestures, which show the originality and beauty of Taiwan's aboriginal peoples.

In 2015,B.D.C produced its debut show 'La Ke (拉歌),'or 'La Song,' in which Bulareyaung allowed his thirteen dancers to develop their own aboriginal songs and movements. The performance presenting tribal culture, ethical issues, and personal stories of the dancers premiered at the Cloud Gate Theater in Taipei.

Following "La Ke,” Bulareyaung ledB.D.C to his hometown Buliblosan (嘉蘭) in Taitung County to walk and sing in the mountains. Bulareyaung believes that such experiences will lead dancers to know themselves better and develop melodies that resonate with their bodies. Following the trip, the group produced another piece ― "Qaciljay (阿棲睞)” ― to tell their stories and express their feelings for Buliblosan. The new production held its premiere at the National Theater in May 2016.

Although still considered a young dance company in Taiwan,B.D.C has produced several works that embody aboriginal identity and culture. It is currently serving as the artist-in-residence at the newly opened National Taichung Theater for the 2017-2018 residency program.

In addition, it has made dance education available in rural areas by opening courses for local children and teens. With Bulareyaung leading the group,B.D.C is on its way to bring the aboriginal cultures of Taiwan to the international stage.