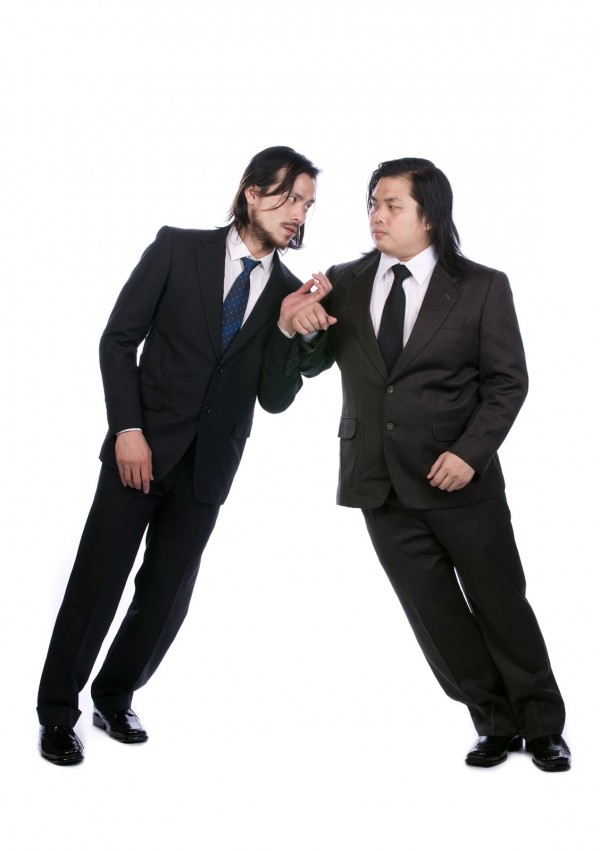 Horse Dance Theater is a contemporary dance group that aims to provide a stage for young artists and performance arts. In its first decade as an all-male group, its creative and powerful performance was praised by The New York Times as "a charming and imaginative young all-male troupe from Taiwan.”

Chen Wu-kang (陳武康) and Su Wei-chia (蘇威嘉) founded Horse Dance Theater with three other Taiwanese dancers after Chen finished his three-year contract with Eliot Feld, an American modern ballet choreographer who had inspired and instructed Chen during his time at Ballet Tech in New York.

In 2007, the troupe produced its debut piece "Velocity (速度),” in which the concepts of evolution, progress, and loss are explored through various sport games presented by body movements. The performance exceeded traditional performance forms and concepts, securing the 6th Taishin Arts Award in 2009.

In 2011, the troupe combined static exhibitions and active performances to explore space and sound through a three-week program titled "Successor (繼承者).” It was presented by dancers performing in a space with installations, lightings, and wooden panels that served to create sounds inside the venue.

After choreographing for seven years, founders Chen and Su had their first performance together in 2012. In collaboration with Hong Kong theater director Edward Lam (林亦華), they produced "2 Men (兩男關係),” in which the concepts of sexuality and emotions are explored through their duo performance. The production won the Kurt-Jooss Prize for Best Choreographer in 2013.

In 2014, the Horse Dance Theater had its first performance featuring female dancers with the production "Playdead (裝死).” Choreographer Chen noted that with female dancers joining in, he discovered his gentle side for the first time and produced a more balanced and softer performance.

As a prolific troupe, Horse Dance Theater has introduced a new piece almost every year since its establishment. Its latest production, "FreeSteps (自由步),” in which dancers use their moves and emotions to trigger the imagination and sentiment of audience members, was staged at the OFF Festival d'Avignon in 2015.

Today, Horse Dance Theater has grown stronger and more diverse, featuring both male and female dancers in its strive for innovation. Members have joined international residency programs and the troupe has expanded its outreach program by visiting remoter Taiwanese areas such as the eastern county of Yilan.