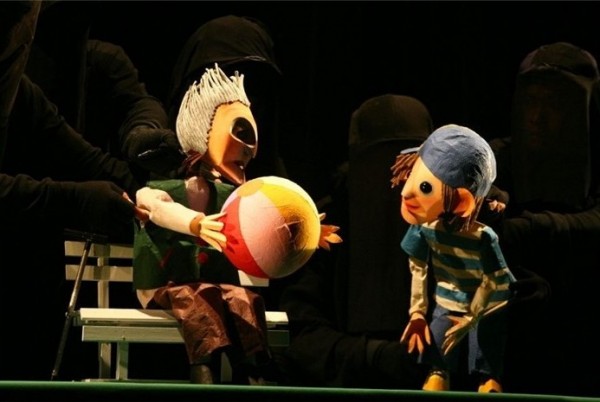 The Puppet Beings Theatre is a performance group that is devoted to developing, promoting, and performing contemporary puppetry for children. It has transformed the traditional art form with modern concepts, aiming to present innovative and experimental performances in exquisite detail. The troupe has been selected and supported by the Ministry of Culture's Three-Tier Funding Project since 2008.

The troupe was established after founder Sun Chen-chieh acquired puppetry skills from Jan Dvorak, an influential puppeteer and director in the field of modern Czech puppetry. Sun was also mentored by German master puppeteer Albrecht Roser during the 1990s.

With the success of the troupe's debut show "Musicians of Bremen (布萊梅音樂家),” it continued on to produce several pieces that all opened to positive reviews. Seeking to add new elements to the troupe, Sun went to Germany again in 2006 to learn marionette maneuvering from Roser and develop the art form in Taiwan.

For over a decade, Puppet Beings has integrated educational fare, literature, Hakka culture, and mythology elements to produce theater performances that appeal to both children and adults. Its presentation takes different forms such as marionettes, paper puppets, glove puppets, shadow puppets, stick puppets, and masks, showing the limitless scope of contemporary puppetry.

Puppet Beings Theatre is also known for staging puppetry shows with real performers interacting with audiences on stage, making the performances livelier and allowing audiences to become immersed in the imaginative world.

Since 2009, the troupe has joined international festivals in China, India, Japan, Singapore, and South Korea. In 2015, it staged "The Paper Play (紙要和你在一起)” at the Edinburgh Fringe Festival. The creative production was touted by Critical Dance's David Mead as 'an absolutely delightful and thoroughly engaging double bill of puppet theatre … just sit back and marvel at how much character the team get out of their puppets.'

In addition, the troupe works to cultivate professional puppeteers by holding training courses and workshops for both amateurs and professionals of all ages, hoping to enhance art and culture education in Taiwan. At the same time, it has invited international troupes to exchange ideas and experiences for improving the development of puppetry in Taiwan.

While touring Taiwan for the troupe's latest production - "The Adventures of Tom Sawyer (湯姆歷險記),” an adaptation of Mark Twain's eponymous novel - Puppet Beings has been selected yet again to join the Edinburgh Festival Fringe with four other troupes from Taiwan in summer 2017.