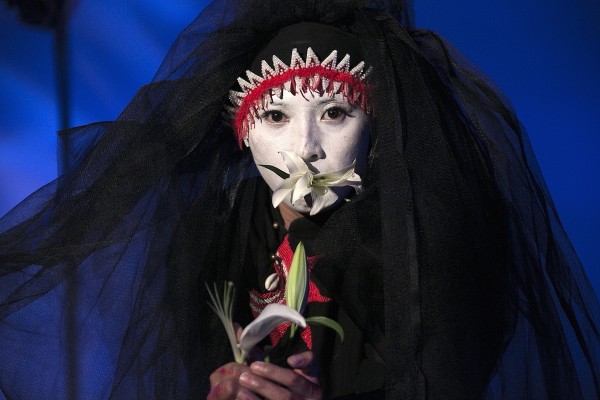 The Tjimur Dance Theatre is a contemporary dance troupe whose core inspirations are derived from the aboriginal Paiwan culture in Taiwan. The troupe introduces the aesthetics of aboriginal culture through modern expression, garnering international attention for its unique style after staging acclaimed performances in Toronto and Edinburgh.

With Ljuzem Madiljin as artistic director and Baru Madiljin as choreographer, the troupe consists of three Paiwan aborigines and one Han Chinese who grew up in rural Pintung County. Their collaboration have produced nine pieces integrating traditional aboriginal dance and musical elements with modern body movements to present the culture of Paiwan.

The troupe first made its name by joining Taiwanese festivals such as Huashan Living Arts Festival, Yilan International Children's Folklore & Folkgame Festival, and Wei-Wu-Ying Arts Festival. In 2012, the troupe was invited to join the Planet IndigenUS festival in Toronto, marking its first performance overseas since its establishment in 2006.

In 2014 it joined Edinburgh Fringe, staging "Kurakuraw - Dance of the Glass Beads (舞琉璃),” which tells of a legendary Paiwan romance through a duet performance. The piece was critically acclaimed and praised as "deeply touching … so much is communicated by the performers the language barrier seems invisible.”

In the following year, the troupe made its second appearance at the Fringe with the production "Gaze of the Kavaluan (Kavaluan的凝視).” The work explores the doctrine and sexual morality of the Paiwan tribe through the symbol of kavaluan (the Paiwan word for "lily”), challenging the traditional ideas of lust and chastity. The performance opened to positive reviews and was highly praised by The Skinny, The Herald, and Critical Dance.

Apart from producing new original dance pieces, the troupe has also launched a project called Spring Village (春落) to bring its performances to their aboriginal home every spring, allowing tribal communities to enjoy dance performances without having to go to the city. In addition, it holds regular performances and forums at primary schools in rural regions, hoping to cultivate cultural interest and promote the arts in villages similar to their own.