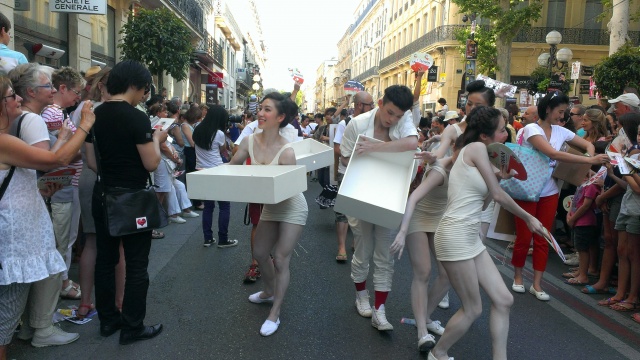 TTC Dance is a Taipei-based, non-profit dance company founded in 2012 by choreographer Ting-Ting Chang. The mission of the group is to actively cooperate and collaborate with both domestic and international artists in related fields, and to seek out and perform a wide range of creative possibilities.

Their plans include promoting arts-related activities such as roundtable dance projects, campus lectures and learning opportunities, to develop a greater appreciation for the performing arts and nurture the arts-related needs of the Taiwanese audiences, while also making a significant contribution to their craft. Under the leadership of Artistic Director Chang, the troupe seeks to return to the essence of dance, and to fundamentally rethink the art of movement.

Ting-Ting Chang, who serves as the troupe's artistic director and choreographer, and also dances in their performances, is currently a Visiting Assistant Professor of Dance at the National Taiwan University of Arts and a guest lecturer at the Chinese Culture University. She was selected as a member of the 2012 International Choreographer in Residency program at the American Dance Festival; she is also the recipient of numerous awards in the field of dance and choreography.

Chang holds a Ph.D. in Dance History & Theory from University of California, Riverside, and an M.F.A. in Choreography from the University of California, Irvine. After graduating with honors, she has worked with world-class artists such as Susan Foster, Victoria Marks, Daphne Lei, Liz Lerman, Donald McKayle, Takuya Muramatsu, Jacqueline Shea Murphy, and Cheng-Chieh Yu.

TTC Dance emphasizes the root basics of the dance art; they take the human body as their foundation, combining Eastern and Western concepts of bodily aesthetics and modern dance. The goal of the troupe is to inject new vitality into the performing arts and to create a new vision of dance and visual performance for the audience.