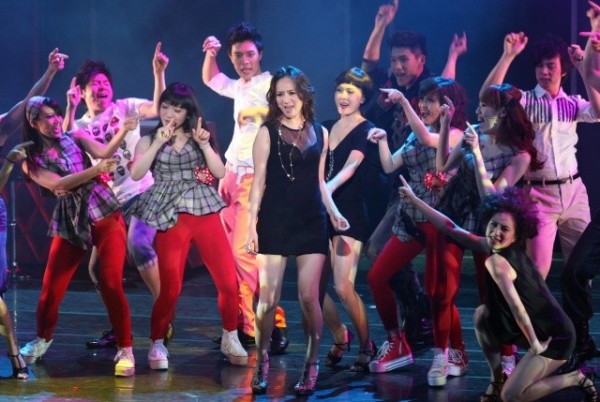 All Music Theatre was founded by music enthusiast Yang Zhong-heng (楊忠衡), who used his strong background in the art world to observe the community and trends as a columnist/critic for mainstream newspapers and magazines.He also had previous experience in producing several musicals, so he brought together some of the most famous artists of his time for All Music Theatre.

In contrast to the style of many other theaters, which put their primary emphasis on the drama, Yang gave musical plays a fuller dimension by fine-tuning the script together with the musical score, beginning with the classic Chinese romance story of "The Butterfly Lovers (梁祝).”

All Music Theatre also started to produce original works, one of which was "April in Rain (四月望雨),” which won acclaim for its portrayal of a quintessential piece of Taiwan's history. This piece is situated in the early 20th century, and depicts the life of the late Taiwanese folk musician Deng Yu-shien (鄧雨賢).

All Music Theatre also has deep roots in the art publishing field. For almost a decade, its predecessor, All Music Publishing (音樂時代出版社),provided a critical platform for artistic publications in Taiwan. They published the Playbill Series of Broadway classics, such as "The Phantom of the Opera” and "West Side Story,” and also collaborated with the Taishin Bank Foundation for Arts and Culture to produce the first art critic periodicals in Taiwan.

By connecting the contemporary audience with a period of life no longer recognizable to many, All Music Theatre enables its audiences to view the world of the future in a new light by means of such retrospective plays.