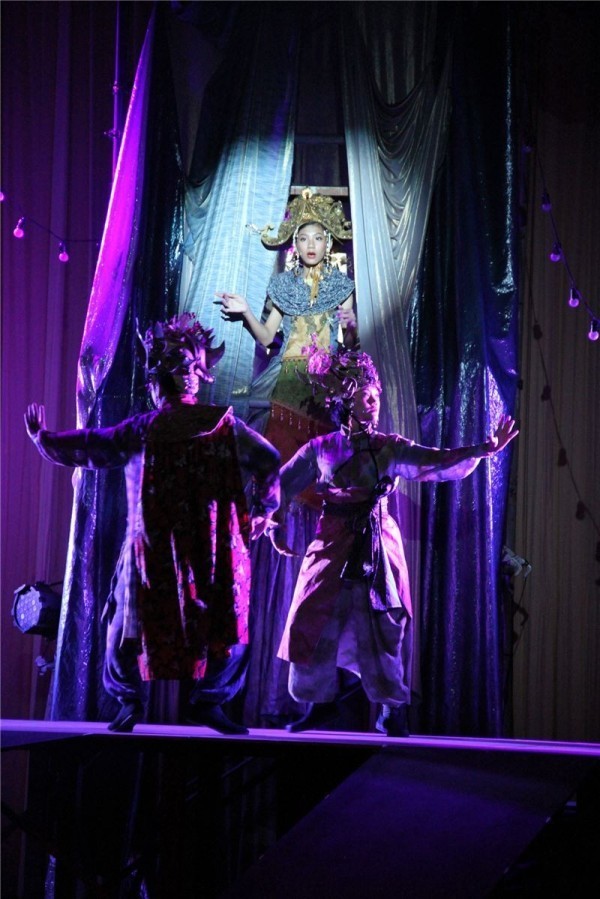 Voleur du Feu Theatre is a Taiwan-based group that aims to explore original screenplays and interpret contemporary literature and world classics from the perspective of Taiwan. It is also dedicated to promoting art education, international exchanges, and cultural policy studies. The group was selected by the Ministry of Culture's subsidy program for literary performing arts in 2016.

Founder Hsieh Tung-ning (謝東寧) is a theater director who studied movement and the human body in Paris for nine years. Upon returning to Taiwan with rich experience in European performing arts, he established Voleur du Feu Theatre to reflect the society and people in Taiwan through performances that include special effects and the theatrical elements of music, dance, song, and spectacle.

The Taipei-based theater debuted with "Buy 4 Get 1 Free! (買四送一)” in 2014. Created by playwright Liu Tian-ya (劉天涯), the original story featured five actors who presented how capitalism influences individual life and society through monologues by five members of a family. The production was also staged in China the following year.

"Le petit Paris (美麗小巴黎),” the group's second original play written by Liu, again explores capitalism in modern society. Comprising three stories that became intertwined together following the establishment of the Le petit Paris community, the production illustrates how people from all walks of life cope with rapid changes in society, and presents the absurdity of everyday situations through a humorous performance.

In 2016, the theater invited playwrights Liu and Ho Ying-kuen (何應權) to create two plays under the theme "Altered State of Existence (生存異境)” in commemoration of 110th anniversary of Samuel Beckett, an Irish modernist writer who was celebrated for his writings of absurdity and existentialism.

The two resulting plays - "Please Let Me In (請讓我進去)” and "Us Over There (那邊的我們)” - led Voleur du Feu Theatre to explore the idea of humanity's existence through its absurdity, leaving audiences to contemplate upon the modern human existence after each performance.

The theater's latest work, "Qibla (吉卜拉),” is a literature-derived piece produced in collaboration with the National Museum of Taiwan Literature in November 2017.

Written by author Shen Wan-ting (沈婉婷), "Qibla” is a story about a foreign caregiver who is running away with the grandmother under her care. Based on Shen's observations on the relationship between elders and caregivers in her family, the story won the Taiwan Literature Award for original screenplay in 2015.