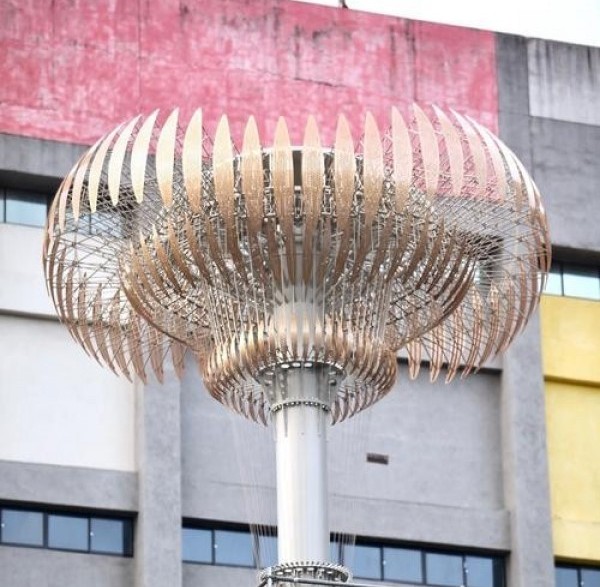 Consisting of four young artists who respectively specialize in visual art, machinery installation, new media, and audio, they originally worked separately as "Luxury Brothers” and "Logico.” After several successful collaborations, however, the two groups decided to merge as one to stimulate creativity and pool resources.

Instead of working as an independent unit, the group promotes the idea of co-partnership and collaboration with other professionals to create a new field of possibilities. To the group members, Luxury Logico represents the type of brand and the quality of aesthetics only made possible by teamwork.

Since its establishment, the group has created interdisciplinary works with artists such as dancers Tien Hsiao-tzu (田孝慈) and Lin Yu-ju (林祐如) and choreographer Chou Shu-yi (周書毅). "Day (一日),” for example, is a performance piece that incorporates interactive projection and lighting technology to deconstruct the timeline in one's daily life. This setup is then paired with a dance performance by Chou to present the essence of time.

The group has also created spectacular installations that integrate unconventional materials. "Solar (日光域),” a public art project created in 2010, used 241 recycled street lamps and LED light bulbs to form a large, round-shaped light expressing how the value of technology is created through the practice of environment protection.

In addition, the group participated in the Treignac Project in France, where they helped improve the space and environment of a rural village by bringing new values to old or damaged objects in the community. The satisfaction and joy received from giving and helping others prompted the group to create nine pieces for a separate exhibition titled "Fulfill Arts (福).”

The group's latest work was a large installation commissioned by the 2017 Summer Universiade in Taipei. To symbolize the spirit of the Olympic Games and its beloved torch relay, the group designed a mobile Olympic flame cauldron that combined the western take on the origin of everything with eastern tai chi. It even featured a traditional Taiwanese bamboo-weaving design.

Comprising a total of 17,300 components and controlled by two motors, the energy-efficient mechanical cauldron celebrates the emotional efforts and physical finesse of all participating athletes. It was praised by the public as the "perfect combination of Taiwan crafts and mechanical aesthetics.”