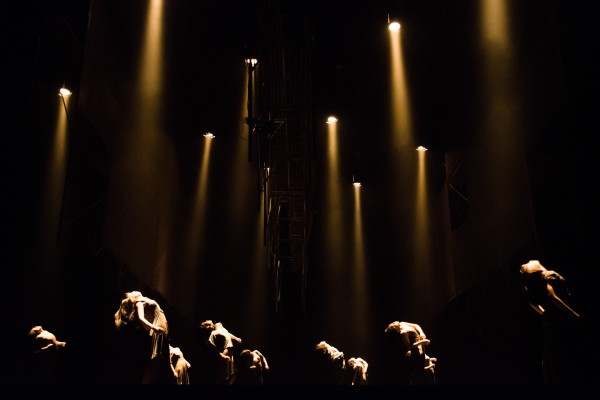 Shu-Yi & Dancers is a contemporary performance troupe that aims to bring dance into people's everyday lives, aspiring to create a platform for dancers and artists to jointly enrich Taiwan's dance and cultural scene. Since its establishment, the troupe has brought its performance to different corners of Taiwan to make dance more accessible for the general public.

In 2006, Chou produced the award-winning piece "1875 Ravel and Bolero” after being moved by the melody of Ravel's famous one-movement orchestral piece "Bolero.” The recurrent melody brought to Chou's mind the passage of time and the sparkling moments in life, which inspired Chou to continue carrying forward and living in the moment despite the obstacles ahead.

Having lived in different overseas cities to explore the relations between dance and his own existence through residency programs, Chou established Shu-Yi & Dancers in hope of fulfilling the concept of living in the present and bringing some elements of wonder into people's daily lives.

One of the troupe's first initiatives was to launch the Dance-Travel Project, which aims to introduce modern dance to the general public by traveling to cities and towns across Taiwan.

The troupe started the project by staging the 30-minute "1875 Ravel and Bolero” on busy streets of different cities for free to see people's reactions. To Chou's surprise, the performance attracted 80% of the passersby to stop and watch the complete production.

Through the physical movement of dancers, "1875 Ravel and Bolero” delivers each dancer's life experience, presenting repeated but variegated emotions and voices that audiences could personally relate to.

The troupe also abolished the boundary between performers and audiences by interacting with audiences while performing. The troupe often receives feedback from the public saying that they really enjoyed the performance even though they don't understand modern dance, which has encouraged them to continue the project.

After traveling to ten cities in Taiwan for the Dance-Travel Project, the troupe will now head for France and debut its first full-length dance performance "The Hole (洞),” which was co-produced with choreographer Tien Hsiao-tzu (田孝慈), at the 2017 Off Festival d'Avignon and connect with foreign festivalgoers.