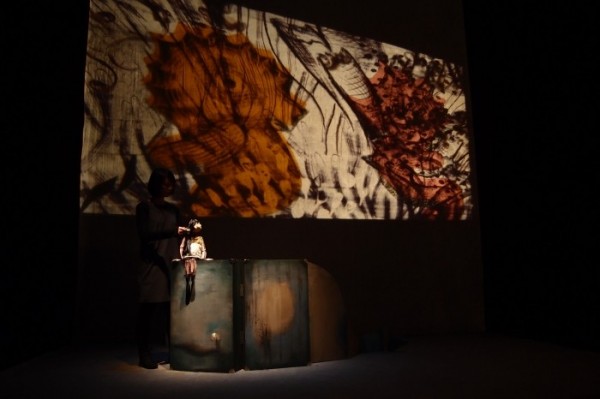 Flying Group Theatre is a Taipei-based troupe that seeks to produce creative works for a wide range of audiences. It has combined puppetry, acting, and shadow plays to present captivating performances. Since its establishment in 2004, the troupe has brought its productions to international festivals in the Netherlands, France, China, and Singapore.

Originally founded as a puppetry group, Flying Group Theatre has gradually diversified by adding new concepts to its performances. During the past few years, it has integrated traditional and contemporary elements in its productions, and presented various performances by collaborating with troupes from Taiwan and other countries.

In 2010, the troupe was joined by artistic director Fu Yu-hway (傅裕惠) and writer Shia Shia (夏夏), who worked to transform the traditional performance of puppetry. It also launched the CLOSE TO YOU International Puppet Festival (超親密小戲節) in the same year, offering small-scale stages located at different corners of Taipei to minimize the traditional distance between audiences and actors. This move allowed the public to enjoy puppet plays at cafés, bookstores, or even salons.

In the following year, it collaborated with L'EST et L'OUEST (東西社), a France-based theater founded by Taiwanese actress-playwright Chou Jung-shih (周蓉詩). Together, they initiated the "For You, My Children (小孩也可以看)” series, aimed at producing imaginative and thought-provoking plays that are engaging for adults and approachable for children.

Their first production for the "For You, My Children” series was "A Sleep and a Forgetting (一睡一醒之間),” a trilogy consisting of the three stories "The Birth (初生),” "The Day of Growing Up (長大的那一天),” and "La Disparition (消失 - 神木下的夢).” The trilogy was staged in Taiwan and France from 2012 to 2014 and was considered a cross-cultural success.

The widespread popularity of the trilogy led to the group's selection by the Ministry of Culture to join the 2016 OFF d'Avignon Festival, where they brought "The Birth” to the famed city in southern France.

By holding the annual CLOSE TO YOU International Puppet Festival every October, producing a new puppetry piece per year, and performing the "For You, My Children” series, Flying Group Theatre is playing a major role in providing entertaining and educational performances for both children and adults in Taiwan.