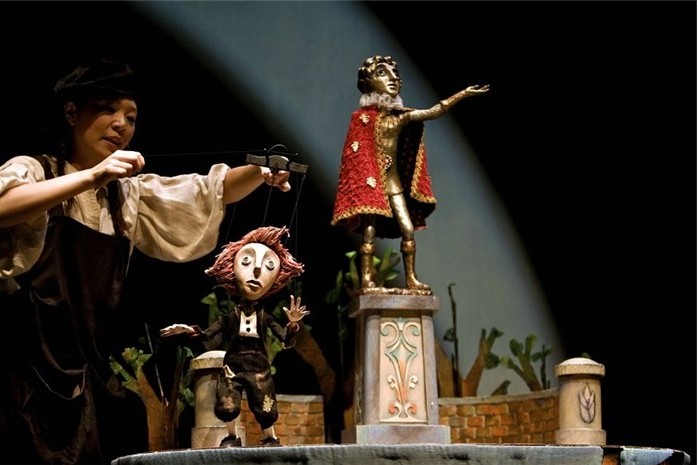 The Puppet & Its Double Theater dedicates itself to experimentation utilizing a fusion of disparate puppetry styles, incorporating hand puppets, string puppets, rod puppets, table-top puppets and shadow puppets, as well as object theater, into its repertoire.

Their style of performance features a combination of puppets and actors performing on the same stage. Making use of a variety of art forms, the troupe has created an abundance of work that explores visual media through the use of a rich and infinite imagination.

Frequently invited to perform at international festivals, the company also dedicates itself to promoting puppetry by inviting international artists to perform in Taiwan, conducting master classes, and hosting workshops for schools and families.

"The Puppet & Its Double invite us to roam in their plays and appreciate the indeterminate qualities in human relationships. Their plays touch us; they also amuse us.” - Arte TV, Europe