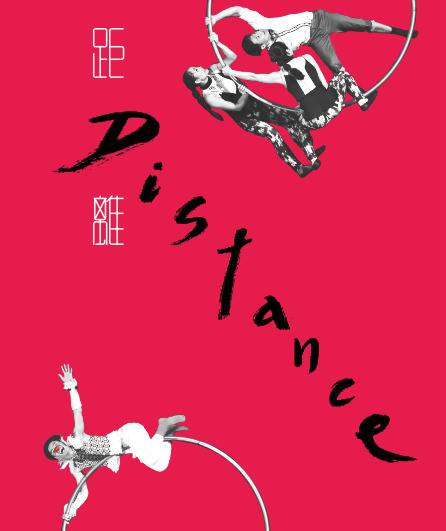 Circus P.S. is a Taipei-based contemporary circus troupe that seeks to discover new performing styles through integrating traditional circus skills with elements of theater, dance, acrobatics, martial arts, and interactive installations. Since its establishment, it has been steadily creating innovative productions and grooming new performers.

Fang Yi-ju, who obtained a performing arts degree from the Taipei National University of the Arts in 2006, trained under veteran French clown Philippe Gaulier in France for three years before returning to Taiwan with brand new perspectives and insights in 2011.

Seeing how professional acrobatics have been restricted to the folk arts market without any methods of reaching out to the general public in Taiwan, Fang decided to bring acrobatics into theaters to create a new image for Taiwan's circus scene.

Circus P.S., which is currently made up of wushu performer Wen Ching-ni (溫青倪), guest performer Huang Chih-mei (黃芷媚), and trainee performer Sun Yong-chih (孫湧智), has since been exploring different approaches to convey stories and themes through tailored body movement such as martial art and acrobatics.

The troupe has been invited by the Taipei Fine Arts Museum to produce a special New Year project titled "Circling Embrace through Day and Night (晝夜環抱-未盡之夜)." It was also invited by Goethe-Institut Taipei to perform "The Bremen Town Musicians" for celebrating Germany’s national day.

The troupe then produced "NOUS (我們)" in 2017 to explore the impact of capitalism and materialism on individuals through circus performance. The production aims to provoke viewers' contemplation on their own lives and the society that they live in.

"L.O.S.T. Juggling and Object (少了一個螺絲釘的下午)," the troupe's latest production, presents a journey of self-discovery and a search for meaning through the symbolism of the lost screw. In collaboration with award-winning yo-yo performer Yo Yo Yang (楊元慶), Cyr wheel artist Yang Shih-hao (楊世豪), theater actor Cao Yu (曹瑜), and stage actress Arlene (羅香菱), the production allows audiences to watch the performance from various angles.

This summer, the troupe will bring "Distance (距離)" to Festival Off d'Avignon by combining gymnastics and martial arts with interactive installations. "Distance," which was the troupe's debut production in 2015, explores the distance between body and objects through six dynamic performers and their interaction with large balls hanging from pillars on the stage.