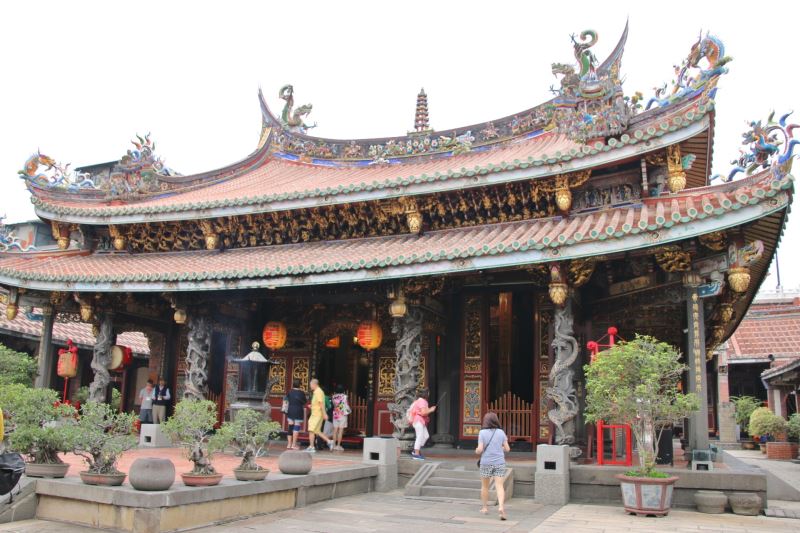 A centuries-old building in Taipei City — Dalongdong Bao'an Temple in Datong District — has been named a national historic site, bringing the total number of such sites in Taiwan to 100.

Established in 1804, or the fourth year of Emperor Jiaqing's reign, Dalongdong Bao'an Temple underwent repairs during the Japanese colonial era with a competitive "arena-style" program that pitted builders against each other, giving rise to the wide array of styles and techniques that make up the building today. The competition is thought to have arisen from the need to hire two or more groups of craftsmen to complete the construction in time.

Bao'an Temple serves Emperor Baosheng, a folk deity of medicine. Therefore, the 214-year-old temple has faithfully preserved this sect of belief along with its dedication in supporting medicinal rites and celebrating the deity's birthday with street parades, traditional performances, and spectacular offerings. Worshippers here seek divine "pharmaceutical lots" to cure their ailments.

Now known as the 100th national historic site of Taiwan, Bao'an Temple will meet with the Bureau of Cultural Heritage to discuss future repairs, of which up to 95% of restoration expenses can be subsidized by the government. The Bureau will also offer assistance in disaster response, scientific preservation methods, and other areas of need.