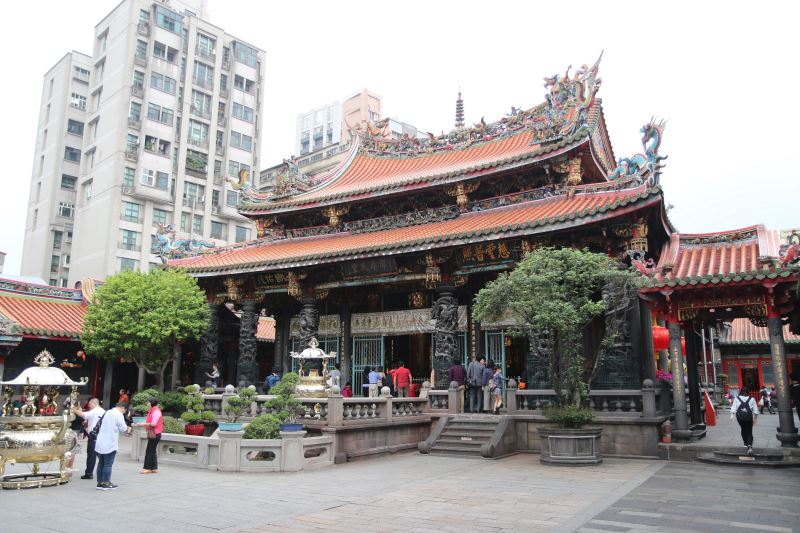 Established in 1738, Longshan Temple celebrates a number of festivals throughout the year, most notably during the seventh month of the lunar calendar, which is known as Ghost Month when the Ullambana Festival (中元盂蘭盆勝會) — one of the grandest religious events in the Wanhua District — takes place. The traditional ceremony, which is often referred to as the Ghost Festival, features centuries-old rituals believed to absolve the sufferings of the deceased.

Originally held in Longshan Temple by the Huang, Lin, and Wu clans, the Ullambana Festival is marked by religious rituals such as drumming, floating lamps, offerings for the dead, and a pole-climbing competition. In 1888, Liu Ming-chuan (劉銘傳), Qing Dynasty's governor of Taiwan, banned the competition. A banquet was held instead, with offerings provided by the three families and a paper money seller. Five decades later, Longshan Temple resumed the festival.

Apart from Ullambana Festival, the iconic temple also serves as the base for ritualistic activities that are usually associated with historical events, like the Orchid Tree and Wu-Quan Temple commemorations. The former marks the lives lost in an armed dispute between two communities in 1853.

At that time, blood-stained coats of the demised were buried under the orchid trees around Longshan Temple. To mourn those who passed away in the violent feud known as Dingxiajiao Conflict (頂下郊拼), the temple presents paper money and offerings on the 13th day of each seventh lunar month.

The Wu-Quan Temple commemoration, meanwhile, pays tribute to the deceased from another ethnicity-related armed conflict. Worshippers today would pray to a paper-made temple set up during Ghost Festival as the original Wu-Quan Temple, which was previously located at the rear of Longshan Temple and demolished when the grand structure was undergoing reconstruction and expansion.

While seeing numerous people visit the large temple complex to participate in the ceremonies each year, Longshan Temple embraces challenges in times of change while still upholding the nation's ritualistic heritage over the years.