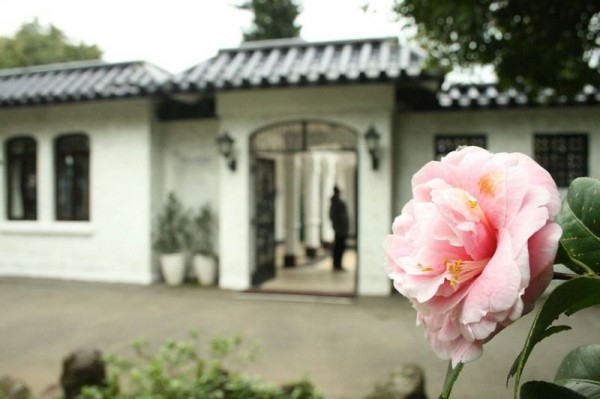 As a prestigious translator, author, and linguist, Lin Yu-tang played an important role in bridging the gap between eastern and western cultures through his writings and translations during the 20th century. He was also the inventor of the Mingkuai Chinese typewriter. For his distinguished literary and cultural contributions to the world, he was nominated for the Nobel Prize in literature in both 1940 and 1950.

Lin described himself as a person with "a western mind and a Chinese soul.” He had brought Chinese literature to the West while introducing western ideas to China, becoming a bona fide agent in cross-cultural exchanges in the process. To commemorate Lin, the Lin Yutang House was established in Taipei to present his philosophy, creation, literary works, and attitude toward life.

After a lifelong cycle of relocation overseas, Lin craved the simplicity of his rustic childhood home. The Lin Yutang House, which sits at the base of Yangminshan, was the late scholar's personal residence and his final resting place.

He once credited mountains for teaching him humility and decided to adopt Taipei's Yangminshan in June 1966. The stately residence was modeled on the traditional Chinese "shiheyuan” layout but with prominent Spanish architectural elements. Lin's blueprint was every bit "western in mind and Chinese in soul” as its designer.

After the 82-year-old was laid to rest in the back garden in 1976, the Lin Yutang House was preserved as a memorial to the late scholar and became a public space dedicated to related research. A café has also been established to offer an eclectic assortment of Chinese and western dishes that once delighted the venerable writer.

Most visitors however, stand still among the Spanish-style spiral pillars and under the purple latticework, savoring the space where the ever-curious scholar once kept an astute eye on the world while tending to his bamboo-encircled fish pond.