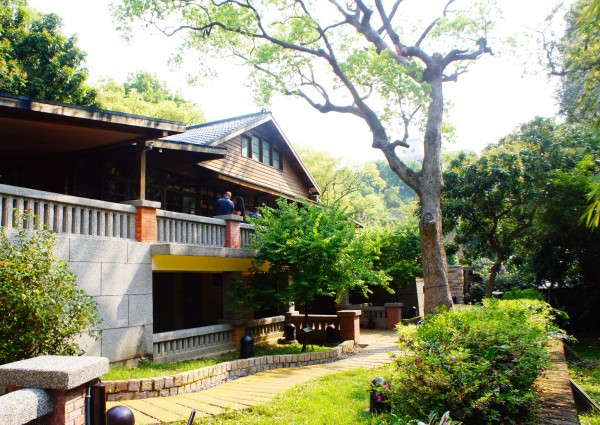 Plum Garden, the house of calligraphy

For those who want a first-hand glimpse of the flowing cursive script inscribed by the venerable late Yu You-ren (于右任), head for his old summer residence for a wealth of couplets, handheld fans, letters, banners, and scrolls.

Plum Garden (梅庭), a Japanese-style building built during the 1930s, served as Yu's summer getaway from 1949 to 1964, the year of his demise. The historic site featuring an elegant garden underwent extensive renovations and opened to the public in 2010.

During Yu's era, the house contained a hot spring bath and a basement that doubled as an aerial raid shelter. As it was originally conceived by Japanese colonists as a dormitory designed to dispel humidity, the wooden structure is uniquely suited for handling summer heat.

Today, visitors can retrace the late master's footsteps amid the tranquility of Plum Garden, marvel at the unbridled energy of his cursive scripts, and enjoy the shade of plum trees planted by his son Yu Chong-lin (于中令) - through an internet connection, thanks to Taipei City's virtual reality tour here.

Yu You-ren, dubbed the "Modern Sage of Cursive Script (當代草聖),” was a renowned scholar in modern Chinese history and one of the four calligraphy masters of the Republic of China. Apart from his stellar achievements in calligraphy, Yu also dedicated his life to the Republic of China government and served as President of the Control Yuan for 34 years ... (read more)