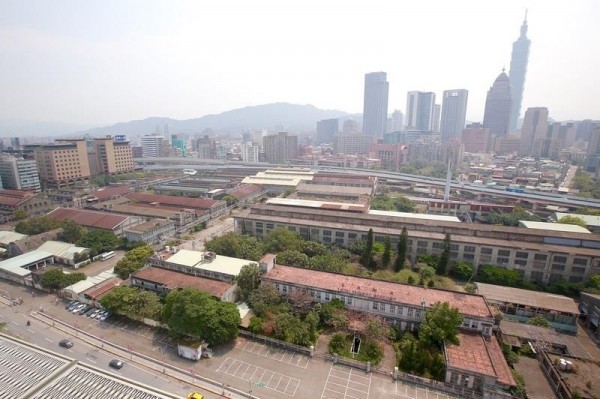 A museum off the rails

Encompassing a total area of 16.79 hectares, the Taipei Railway Workshop is home to over 40 buildings and facilities. As the designated site of the upcoming National Railway Museum and Park, it will become a center for the research, collection, and display of Taiwan's railway culture and history.

Established in 1935, the Taipei Railway Workshop was the largest train depot in Taiwan. It was used for maintaining and manufacturing railway vehicles by the Taipei Railway Administration until 2012. The old site has since been designated as a national heritage site by the Ministry of Culture in 2015.

The Taipei Railway Workshop received the designation for its conservation of the historic process of repairing, assembling, and maintaining railway vehicles. Moreover, the site encompasses facilities, equipment, and buildings used by employees in the past. Thus, it provides pristine conditions for establishing a national railway museum.

The Ministry of Culture and the Ministry of Transportation and Communications will combine and bring into full play their expertise in different fields to activate and transform the cultural space. The joint re-creation of the first historic railway experience in Taiwan will become a museum park with educational, cultural, and sightseeing functions.

In the future, the Ministry of Culture will be responsible for repairing and reutilizing the heritage site while operating, managing, and maintaining the museum.

The transformation of the now-defunct Taipei Railway Workshop will add new vitality to eastern Taipei - where the Songshan Cultural and Creative Park and the National Dr. Sun Yat-sen Memorial Hall are located - and achieve the objective of enriching regional life with culture.

In addition, the Taipei Railway Workshop is expected to form a network with other railway sites in Taiwan to create a "railway corridor” for the public to learn more comprehensively about Taiwan's railway history and culture.

The Railway Division of Taiwan Governor-General's Bureau of Transportation was an administration for managing and operating national railways during the Japanese colonial era. Having witnessed a century of history, the site is currently undergoing renovations and will take on a new life as a museum along the proposed "railway corridor” by late 2017 … (read more)