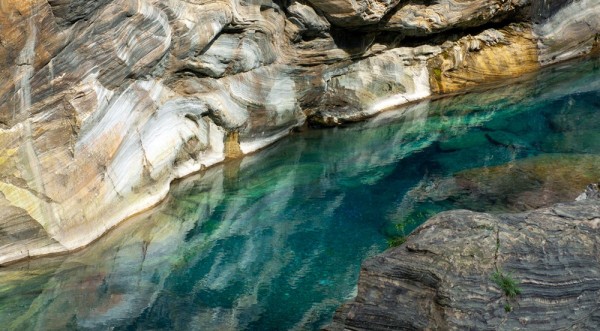 Yushan (Jade Mountain) National Park is located in the central part of Taiwan and extends into Hualien Country, Chiayi County, Noutou County, and Kaohsiung City. The total area of Yushan National Park is 105,490 hectares. The high altitude of this area has a dramatic effect on the climate, and it hosts a rich variety of vegetation ranging from Alpine to Subalpine, Upper Montane, Montane, Submontane, and Foothill. Due to its rich and varied biological environment, Yushan National Park has a lot of characteristic Taiwanese flora. Yushan National Park is a typical mountainous national park. Besides the main peak, Yushan, the park extends to many nearby mountain areas. There are 30 mountains with peaks above 3,000 meters. A recent survey shows that there are at least 34 mammal species in the Yushan National Park. They represent 54.8% of all mammal species found in Taiwan. Among them, the Formosan Rock Macaque, Formosan Reeves' Muntjac and Taiwan Serow are endemic to Taiwan. Wild animals can be seen everywhere in the park.

Taroko National Park extends into Hualien, Taichung, and Nantou Counties, lies in eastern Taiwan, and covers 92,000 hectares. The altitude of this area ranges from less than 50m to 3,742m at the summit of Mt. Nanhu. Owing to this varied elevation, Taroko National Park consists of different climatic zones (Alpine, Subalpine, Upper Montane, Montane, Submontane, Foothill), and is home to many types of Taiwanese flora. Given the enormous variation of the park's biological environment and little disturbance from man, most of the forests in the Taroko National Park still remain undisturbed and are home to a diverse range of flora and fauna. The Park has 1,224 species of vascular plant, from 154 families; of these, 132 are considered endangered.

The Alishan Forest Railway passes through the following stations: Chiayi, Beimen, Jhuci, Mulyuliao, Jhangnaoliao, Duli Mountain, Liyuanliao, Jiaoliping, Shueisheliao, Fencihu, Duolin, Shihzihlu, Pingjhena, Erwanping, Shenmu, and Jhaoping. The 71.34-km-long Alishan Forest Railroad crosses Chiayi City, Chiayi County, and Nantou County. The Alishan Forest Railway was built combining the most advanced railway technology of the era, developed in Japan and the U.S. In the history of railway engineering techniques, this creative project could be regarded as one of the greatest engineering feats of the time.