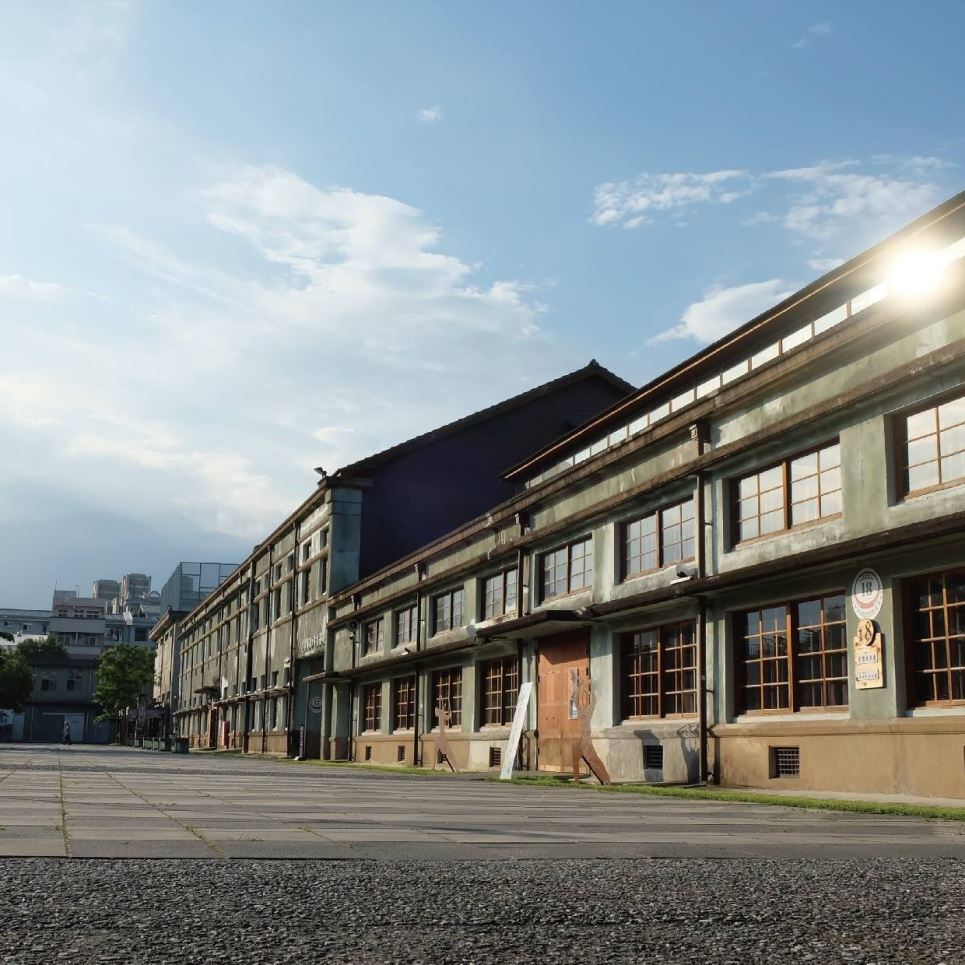 • Name: 花蓮文化創意園區
• Year of Establishment: 2008
• Located At: Hualien County (Eastern Taiwan)
• Did You Know That…?
The Hualien Cultural Creative Park was originally a state-owned winery, which had been operated since the era of Japanese rule. In 2002, the complex was registered as a county-level heritage site.
• Address: No.144 Zhonghua Rd., Hualien City, Hualien County, Taiwan
• Site: https://hualien1913.nat.gov.tw/

The Council for Cultural Affairs, predecessor of the Ministry of Culture (MOC), launched "the Challenge 2008 National Development Plan (挑戰2008國家重點發展計畫)" in 2002. Under the plan, the old Hualien winery buildings were renovated and transformed into the Hualien Cultural Creative Park. The park was designed to become a regional platform for cultural policies, a place open to artists and performing groups to hold cultural events, and a space for commercial services to boost cultural economy.

As the ROT (Rehabilitate-Operate-Transfer) contract between the MOC and the park expired on Dec. 10, 2019, the MOC announced the beginning of the park's transformation project, and, the management by the National Taitung Living Art Center (國立臺東生活美學館) starting Jan. 1, 2020. A series of activities have been held, including exhibitions, performances, music concerts, film screenings, workshops, and creative markets. MOC established a transformation project office in February to help the park officially present itself with a new look in the fourth quarter of 2020. The park is expected to provide a relaxing and comfortable space for various events featuring the Hualien-Taitung lifestyle.

The historic context of the Hualien Cultural Creative Park is explicit on documents. The rise and decline of the park has been closely related to the surrounding communities. Situated between the park and the Hualien train station, an area called "Gouzaiwei (溝仔尾)" used to be the most bustling place in the city. Since the relocation of the train station, commercial activities have continuously been declining and the neighborhood is aging. Nevertheless, "Gouzaiwei" is still an important collective memory for local residents. Memories of "Gouzaiwei" can be found in works of renowned novelists, including "Rose, Rose, I Love You (玫瑰玫瑰我愛你)" by Wang Chen-ho (王禎和) and "Return to the Frontier (重返邊城)" by Eileen Chang (張愛玲).

The Hualien Cultural Creative Industries Park is not merely a historical space. It bears the significance of the Hualien-Taitung life stories from the past to the present. The creative park is seeking to becoming an incubator of talents and creativity, by networking tribes across eastern Taiwan and displaying the cultural and ecological diversities in the region.