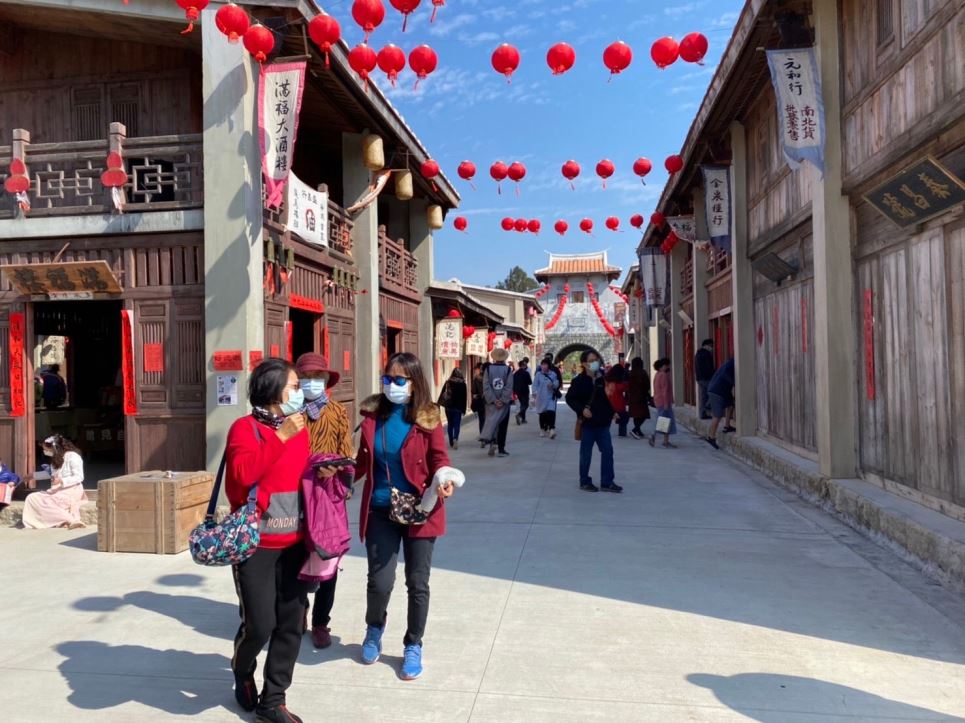 Chinese Name: 臺南岸內糖廠影視基地
Time of Establishment: 2018
Location: Yanshui District, Tainan City
Did You Know…?
Tainan Film Studio, located in Tainan, started its life originally as a sugar factory and has over a century of history behind it. The sugar factory ceased operations in 1994 and sat idle until 2018, when PTS' flagship drama "Seqalu: Formosa 1867" led to a three-way partnership between the Ministry of Culture, the Tainan City Government, and the Taiwan Sugar Corporation to recreate the site, with the hope of making it a hub for Taiwan's film and television industry.

Tainan Film Studio was originally home to the sugar factory from which it takes its name. This factory was established in 1903 by Tainan sugar merchant Wang Xuenong and a group of other industrialists as a new type of sugar factory under the name of Ensuiko Sugar Refining. When it began operations in 1905, it became the first sugar factory founded by Taiwanese and the second sugar factory in Taiwan. In 1907, Soichi Hori of Japan and his family acquired Ensuiko Sugar Refining, and in 1909, the factory developed "cultivated white sugar," marking an important landmark in the evolution of sugar technology in Taiwan. Another two years later, in 1911, the sugar factory was expanded with the addition of a second factory.

After the end of World War 2, the factory came under the ownership of the Nationalist government of the Republic of China and was incorporated into the Taiwan Sugar Corporation, renamed as Annei Sugar Factory, Taiwan Sugar Corporation Fourth Branch. With the sugar factory having been severely damaged by Allied bombing runs during the war, the first and second factory facilities were combined and sugar production operations were resumed in 1947. The sugar factory was restructured several times before finally being closed in 1994, a victim of the changing times that had seen the sugar industry fall into decline. Today, most of the buildings of the factory have been demolished, with only the classical European-style buildings, the red house, the factory’s steel structures, the air-raid shelter, the shrine site, and the Annei Elementary School, which is still in operation, left standing.

In 2018, the Ministry of Culture joined forces with Tainan City Government and Taiwan Sugar Corporation to work on renovating the 33-hectare old sugar factory into the Tainan Film Studio. The first phase invested a total of NT$240 million in an effort to promote the development of Taiwan's film and television industry and the tourism industry in the Xibei region. The site hosts a professional production studio that combines period sites, film production facilities, and cultural promotion. The venue is divided into a total of three zones: the Period Settings Zone, the Film Production Services Zone, and the Cultural Experience Services Zone. The PTS flagship drama “Seqalu” was the first production to set up and film in the park.

Two film studios have been completed. The first studio involved the reconstruction of a late-19th-century Chinese street scene, drawing on descriptions of Taiwan at the time from historical materials including the "Taiwan Prefecture Gazetteer." Through this, Taiwanese streets, city gates, markets, and Hokkien-style architecture from the 19th century and prior were recreated. These sets include reproductions of 19th-century commercial buildings like restaurants, oil stores, pharmacies, medical clinics, merchant houses, and stonecutters. Some façades are designed as two-story buildings, with stores doing business below with warehouses above. The second one is "Japanese-era Sakaemachi," a recreation of a residential Japanese-style Taiwanese neighborhood from the early 20th-century. There are also plans to build various sets with more specialist purposes, for example, hospital sets. In addition, more than 20 old warehouses and office buildings have been restored through the Restoration of Old Sugar Factory Warehouses and Office Buildings Project, with the restored spaces planned to be used as indoor sets, temporary office and accommodation spaces for production crews, a prop factory, and a screening room. It is hoped that by fully providing peripheral functions required by a crew, its willingness and motivations to choose to film at the Tainan Film Studio will be enhanced.