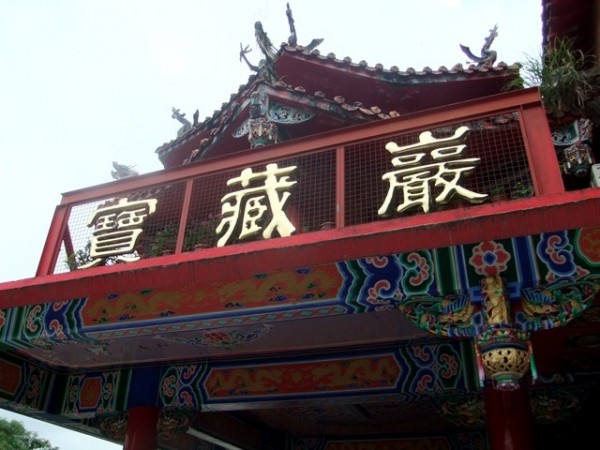 Creating an art village is nothing new, but creating one that incorporates living and art creation might be a new approach. Taipei's Treasure Hill Art Village (THAV), transformed from an old community into a thriving group of artists, is the fruit yielded in one such attempt.

Taking its name from the Buddhist temple of the same name, the temple and community was first established 300 years ago. Treasure Hill did not constitute a real settlement, however, until soldiers relocating with the Kuomintang government to Taiwan in 1949 built their homes along the hillside.

During the 1960s and 1970s, the number of households reached over 100; residents consisted of veterans, college students, and immigrants.

Occupying an area less than four hectares in Taipei's bustling Gongguan district, the modern-day Treasure Hill community now tops out at a height of 80 meters.

Not far into the community parameters, a board reading "No Entry” in front of residents' houses reminds visitors that they're visiting a place that is not a solely an artists' village. So far, 22 out of 100 or so former households have stayed and continued their lives here.

An elderly man surnamed Pai, a lifelong resident of Treasure Hill who is now in his late 80s, still remembers the time when there were only six households in the entire community. He maintains a positive attitude toward his new artist neighbors, hoping they might bring new energy into the community.

The remaining empty houses are being refurnished to build hostels, bookstores, and studios. A total of 17 studios, 2 rehearsal studios, and 3 exhibition spaces are available in the artist-in-residency section.

Still farther into the village stands the Treasure Hill Pagoda, looming beside the pathway to create an interesting scene. Many people say that Treasure Hill is a place where deities, human beings, and spirits live together.

Operating under the ideal of creating a new village that will provide space for both living and art, most of THAV's operations will be linked to three major projects － the hometown preservation and revitalization program, an artist-in-residency program, and a youth hostel.

Taking a walk in the tiny and densely-populated village, the air is infused with the refreshing smell of greenery. Many different plants can be found around the community, as environmental preservation is one of the top concerns among the artists currently residing in the village.

Artists share the ideal that their projects will make Treasure Hill more livable, and the idea is realized not only from an ecological perspective, but also in socially integrating themselves into the community, in which artists become friends with the village children.

Having officially opened on Oct. 2, 2010 following a four-year-long renovation and rebuilding project, the reformed Treasure Hill invites the public to discover treasures that are embedded in history.