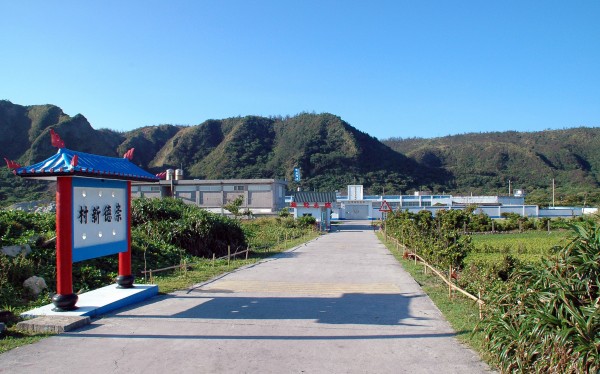 The Green Island Human Rights Cultural Park is one of two parks commemorating the political prisoners who suffered in Taiwan during the White Terror period. The prisons on the outlying isle were where most of the White Terror's victims were interned, and Green Island now stands as testament to that dark page of history in Taiwan's march for democracy and human rights.

While Taiwan under martial law from 1949 to 1987, most of Taiwan's political prisoners were interned on Green Island, where they were subjected to trials on ideological transformation.

The Cultural Park's roles are to preserve Green Island's human rights history, especially buildings and facilities from the White Terror period, and develop tourism based on its cultural heritage.

After the end of martial law, the Oasis Villa, where prisoners were kept from 1972-87, was originally due to be renovated until the Legislative Yuan ordered it to be preserved as a museum. In 1999, President Lee Teng-hui apologized to former prisoners on Green Island, confirming its importance as a part of Taiwan's human rights history.

The Cultural Park is one part of the upcoming National Human Rights Museum, which has the responsibility of collecting records and artifacts of the martial law period, including oral history, preserving Taiwan's human rights history, and educating people on the importance of human rights.

The preservation of sites associated with the martial law period will stand as a warning against repeating this chapter of Taiwan's history. The Museum also organizes seminars on Taiwan's human rights history and co-operates with foreign institutions.

Visitors to the Green Island Human Rights Cultural Park can not only see the Oasis Villa museum, but also the cells where prisoners were kept, and a pillbox near the sea that was used to hold prisoners during high tide. There are also the remains of the "Great Wall of Green Island,” built by the prisoners as punitive labor. Originally 1,300 meters long, now only 60 meters remain, some 2.5 meters high.

At the center of the park is a memorial dedicated to the victims and engraved with their names. By visiting the Memorial Park and reflecting on its history, people are sure to remember the importance of human rights to society.