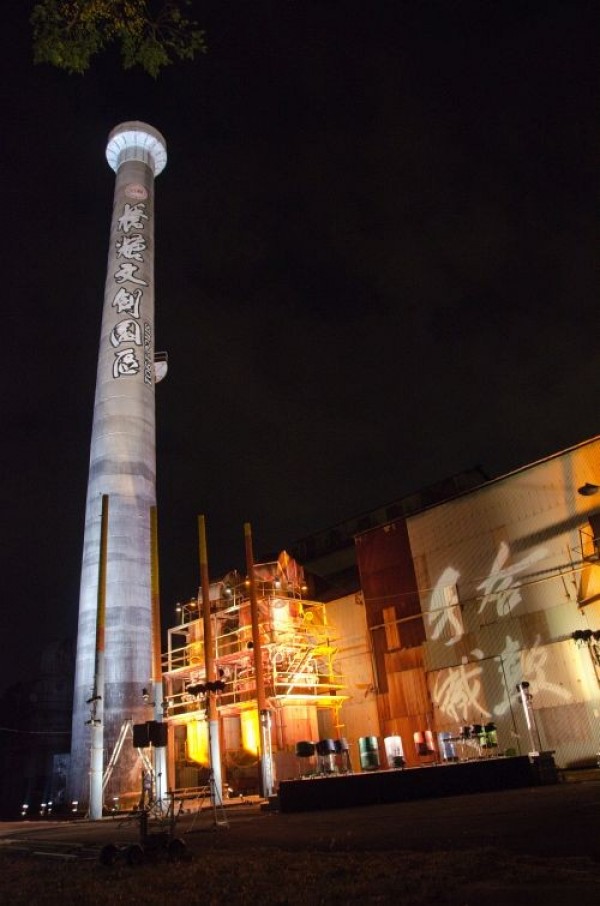 Established by the Ten Drum Art Percussion Group (十鼓擊樂團), the Ten Drum Cultural Village has been transformed from an unused old sugar factory into a creative cultural park promoting local culture and history through music. It now functions as a new cultural landmark, preserving the region's industrial heritage and connecting local museums and parks to better serve southern Taiwan.

The Ten Drum Cultural Village is part of the Ten Drum Cultural Creative Park, which occupies 7.5 hectares in the suburbs of Tainan City. Consisting of 22 warehouses built during the Japanese colonial period, the vast storage space remained idle for years until the percussion troupe moved in.

The troupe rented the sugar factory in 2005 and started to develop it into a cultural venue by renovating warehouses into museums, theaters, percussion classrooms, shops, restaurants, and forest trails. In 2007, the factory was reintroduced to the public as the Ten Drum Cultural Village.

Since then, the troupe has offered numerous percussion performances and various events for both children and adults. International artists, including Zoe Benoit, Jacqueline Delpy, Robin Minard and Alexandre Levy, were also invited to create diverse and innovative artworks for exhibitions at the park.

Moreover, the troupe carried out heritage conservation tasks such as interviewing former factory employees, recording oral history, and digitalizing old photographs. It also cleaned and restored several machines in the sugar refinery, which reopened as "Dream Sugar Refinery” for the public to visit and gain insight on the factory's old operations.

In 2015, the troupe branched out and participated in the film "Good Luck! Boy (加油!男孩).” Through many scenes filmed in the park, the movie combined musical elements with the region's sugar-refining history to tell a heart-warming story of local culture and heritage preservation.

The troupe now regularly hold festivals joined by diverse performances from international troupes, making the park a platform for music exchanges. More facilities have been added to the park as well, including a skywalk bridge, a secondhand bookstore, and a 13.5-meter-long chimney slide. A cultural

As such, Taiwan's percussion music and historic heritage have been successfully promoted through the troupe's creative use of the old sugar factory.