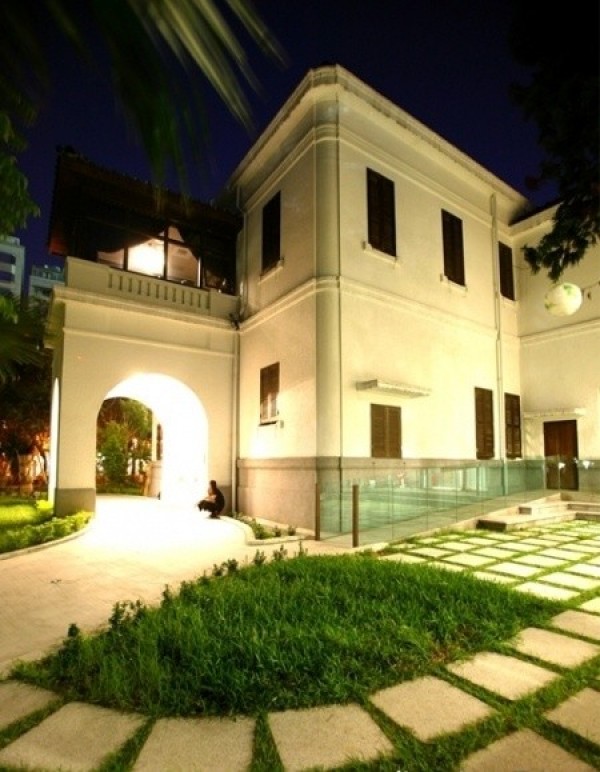 The Taipei Film House, a white, two-story building located in the heart of Taipei's downtown area, was where Richard Nixon stayed for a few nights on his 1964 visit to Taiwan during his capacity as U.S. Vice President.

It also served as home to a total of five ambassadors until the severing of diplomatic ties between the U.S. and the Republic of China in 1979. When the last U.S. Ambassador Leonard Unger returned home, the house was left empty and deserted for nearly 20 years.

Now the house has undergone a complete rebirth, sloughing off its heavy political history and turning into a film-oriented complex, to serve as an interactive window for cross-cultural exchanges in the creative industry.

Built around 1925 during the Japanese colonial period, the two-story American colonial style building was designed by Japanese architects, and not by Americans.

This is because during that period, many Japanese students studied architecture in North America and Europe, so that when they returned to Asia, they started designing many buildings in Western styles.

Serving as the U.S. consulate to Japan, the structure was designed as a classic Southern-style Manor building with a square floor plan, simple Grecian columns, and an elegant reception hall.

When World War II broke out, all diplomatic affairs between Japan and the U.S. were terminated and the office was closed down for several years.

Following the Republic of China government's relocation to Taiwan in 1949, the U.S. reestablished its consulate in Taipei a year later, and the building was used as the office of the U.S. Navy in Taiwan.

All resident U.S. ambassadors had an abiding interest in Taipei's culture and arts, hosting many leading arts figures at the residence. With the departure of Ambassador Unger, however, the building was left abandoned for 18 years.

In 1997, the Taipei City government decided to make use of the building as a venue for promoting films. After a NT$60-million renovation over a five-year span, the complex reopened as SPOT-Taipei Film House in 2002.

Supervised by the Taiwan Film and Culture Association, the building now houses an exhibition gallery, a coffee shop, a restaurant, and a design shop featuring a large collection of film-related materials as well as many creative products from around the world.

There is also a multimedia conference room that can be used for seminars and workshops, providing filmmakers and artists with a venue for innovative exchanges.

But most importantly, the complex now houses the 82-seat SPOT Cinema, which was created by reconstructing the building where the car garage and generators were once located.

The films shown here are fine art films featuring creative approaches and cultural diversity. The selection is meant to enhance independent thinking and to be artistically distinguished from mainstream Hollywood films.

Once a witness to many significant milestones in the Republic of China's diplomatic interchanges with the U.S., the Taipei Film House in its current capacity will continue to combine the intrinsic value of a historical site with the cultural value of art films, and to provide filmmakers and artists with a venue for innovative exchanges.

The article titled "36 Hours in Taipei, Taiwan” was published in The New York Times on March 2, 2008.