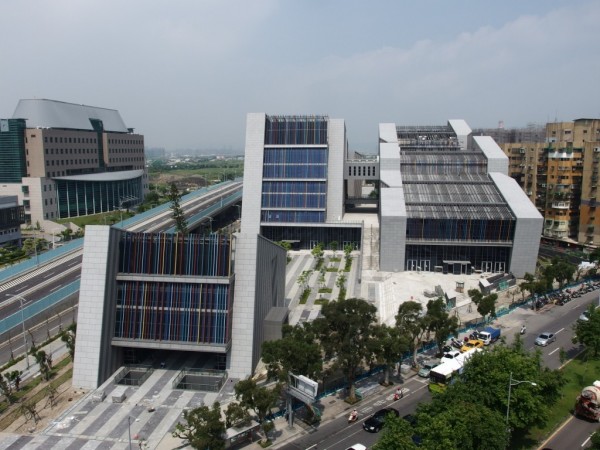 The Taiwan Traditional Theatre Center (formerly known as the Xiqu Center of Taiwan) is the first venue established in Taiwan for traditional Chinese performance arts. The objective of the center is to preserve such cultural heritage, incorporate contemporary theater ideas, and foster related professionals in the field to develop Taiwan's traditional performance arts.

Occupying a total of 1.8 hectares, the venue houses two auditoriums, of which one has a capacity of 1,035 seats while the other has 300 seats. It also offers multifunctional rooms, rehearsal rooms, outdoor stages, and several other venues for cultural events.

As a subordinate unit of the National Center for Traditional Arts, the center also serves as residence space for the National Chinese Orchestra Taiwan (臺灣國樂團), Guoguang Opera Company (國光劇團), and the Taiwan Music Institute (臺灣音樂館).

The music institute maintains an archive room at the center that stores comprehensive collections of Taiwan's ethnic music, contemporary music, Asia-Pacific music, and world music. Documents and data for music research are provided by the archive room as well.

The center will offer its stage for local performance groups and artists to present their works in a move to encourage the development of new theater and opera productions. It will also play a key role in fostering young talents and helping emerging artists gain exposure.

To promote traditional Chinese performance arts through public engagement, the center also offers a series of events including film screenings, creative markets, tutorial sessions, and workshops for Taiwanese and foreigners to learn about cultural aspects such as the four arts of the Chinese scholar, tea culture, and traditional opera.