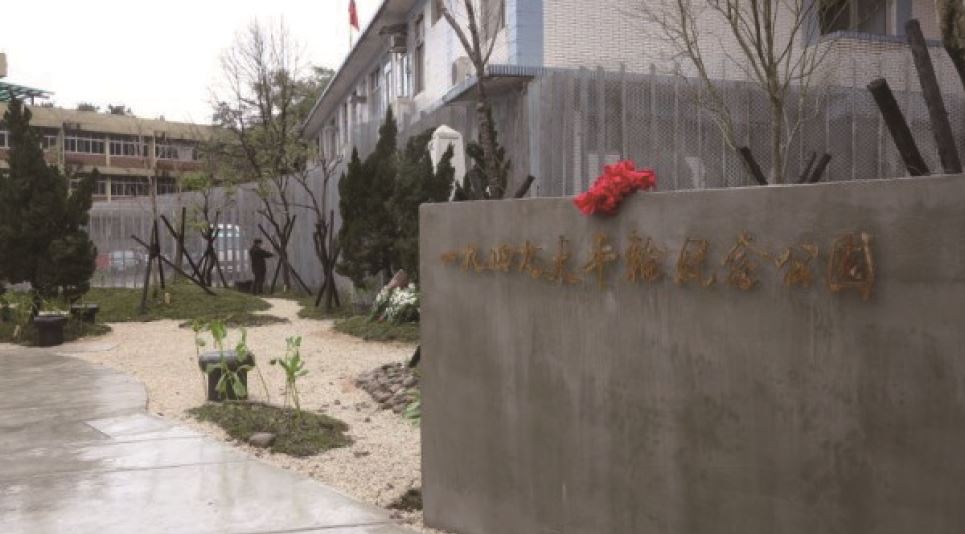 The Taiping Steamer Memorial Park is a newly established “pocket park” housing the Taiping Steamer Monument in Keelung, which was established in 1951 to commemorate the tragic loss of life during the steamer’s voyage from China to Taiwan. The memorial park aims to preserve the story of the incident as well as pay tribute to the immigration history of Taiwan.

On Jan. 27, 1949, the Taiping steamer was packed with nearly twice its capacity, carrying over 1,000 refugees fleeing from Communist forces in China. The ship left the Port of Shanghai at night without lights on to bypass strict curfew restrictions. Around midnight, it collided with the smaller Chienyuan cargo ship near Zhoushan Archipelago while en route to Keelung Harbor of Taiwan.

The cargo ship sank immediately, followed by Taiping 45 minutes later, killing an estimated 1,000 crew members and passengers on board. Only around 50 people were rescued by the Royal Australian Navy passing by on the HMAS Warramunga and the fishermen living on Zhoushan Archipelago.

After the incident, a memorial monument inscribed by the late master calligrapher Yu You-ren (于右任) was established in 1951 at a naval base nearby Keelung Harbor to commemorate the ship and victims.

The first comprehensive memorial co-held by families of the victims from Taiwan and China took place in 2010. Taking more than six months to plan, families and friends of the victims sailed to the sea area where the steamer sank, and paid tribute with 1,000 white chrysanthemums and 1,000 paper cranes.

As the incident is an important part of Taiwan history, the memorial monument was expanded into a park to connect with other historic sites around the monument, including Uhrshawan Battery, the French Cemetery of Keelung, the Lee Family Mansion, and old military base remains.

The military wall that surrounded the monument has been demolished recently to allow families of the victims to pay homage without having to apply permission from the Navy Command Headquarters that governs the site.

The memorial park was inaugurated on Jan. 27, 2018 to commemorate the 69th anniversary of the Taiping steamer and preserve the historical memories of Keelung.