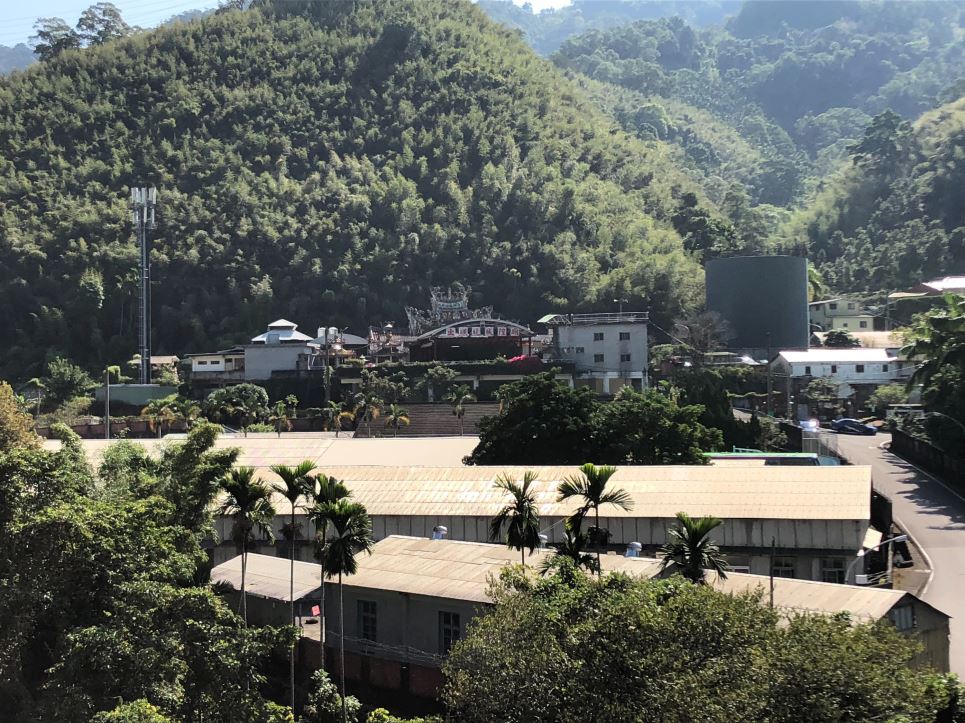 Name: 出磺坑
Location: Miaoli, Taiwan
Did You Know That...?
According to statistics compiled by the Bureau of Energy of the Ministry of Economic Affairs, in 2018, Taiwan imported some 322 million barrels of crude oil, and 97.8% of the nation's energy supply came from imported energy resources. That being the case, where did the remaining 2.2% come from? After World War II, the Chinese Petroleum Corporation (now known as CPC Corporation) came to Taiwan to take over the remaining petroleum industry facilities across the island, including those for exploration, refining, and distilling, and to prepare for restoring the existing plants. With this, the petroleum production facilities at Chuhuangkeng (出磺坑), Miaoli, was once again ready to get rolling.

To fully tell the tale of Chuhuangkeng and Taiwan’s energy resources, we must first turn the clock back to 1861. According to records from the Qing dynasty, local residents of the Chuhuangkeng area had reported frequently seeing oil floating on the surface of the Houlong Creek. It did not take them long before they figured out how they could extract the oil from the ground and use it for lighting lamps or cooking meals. Back in those days, the locals referred to that oil as "earth oil" or "sulfur oil." The first professional efforts to dig up the Chuhuangkeng oil field, meanwhile, were undertaken by a man by the name of Qiu Gou, who sunk a well there. At the time of his discovery, only one other such well had been dug, in Titusville, Pennsylvania, the United States, by Col. Edwin L. Drake, and that was just two years prior. As such, Chuhuangkeng has been called the world’s second-oldest oil field, and with Drake’s well having long since gone out of operation, it has also become the world’s oldest active oil field.

After a series of incidents, the Qing government finally established a mineral oil bureau in Miaoli when the first governor of Taiwan, Liu Ming-chuan, took office in 1887. This marked the start of official exploitation of oil and gas in Chuhuangkeng, but extraction stopped before long due to cost issues and technical limitations. The Japanese took over rule of Taiwan after the Sino-Japanese War of 1894-1895, and six years later, Japanese officials dispatched professionals to do drilling there. The 99 wells that were established there were evidence of the sheer scale of Japan’s industrial needs at the time. However, as the Japanese government began reorienting its focus toward Southeast Asia, operations at Chuhuangkeng began to wane.

In 1964, Chuhuangkeng's resources were declared depleted, but the China Petroleum Corporation did not give up. Through advanced technology, new equipment, and years of tireless efforts by workers, Chuhuangkeng once again became home to deep drilling, with a new well discovered nearby. The country was excited by this discovery, with some even saying that the area would become "the Kuwait of Taiwan." However, it never did reach those optimistic estimations and and the output was far from the production volumes of major oil-producing countries; nevertheless, it remains a 100% made-in-Taiwan energy resource.

In the 1990s, CPC set up a commemorative park in Chuhuangkeng, preserving many buildings from the Japanese colonial period. A memorial torch was erected at the original wellhead and equipment used for oil extraction in the past was installed. In addition, they set up the Taiwan Oil Field Exhibition Hall next to it, telling the story of Chuhuangkeng and preserving a number of precious documents and relics.

Since 2017, the Ministry of Culture has received subsidies under the "Forward-looking Infrastructure Development Program" for the promotion of recreating historical sites. In 2020, the Ministry of Culture set aside a subsidy to implement the "Chuhuangkeng Drilling Historical Site Revitalization Development Plan." This plan aims to bring together the resources of the CPC Corporation, Hakka Affairs Council, and Tourism Bureau under the Ministry of Transportation and Communications, and further expand the preservation of the area, incorporating preservation of local Hakka culture, features of the international and local petroleum industries, the geological landscape, and cultural assets, and boosting the public’s willingness to get involved.

Located in a hilly area, Chuhuangkeng is accessible by way of paved walking trails, and a round trip takes just two hours. Along the way, visitors will see drillers' dormitories, oil wells, and cable cars, as well as a secluded trail leading to Miaoli’s beautiful Tung blossoms. It is a perfect place to visit when Miaoli's famed "April snows" of Tung blossoms are falling, providing both the beauty of that scene and a chance to get to know this historical, made-in-Taiwan oil field at the same time.