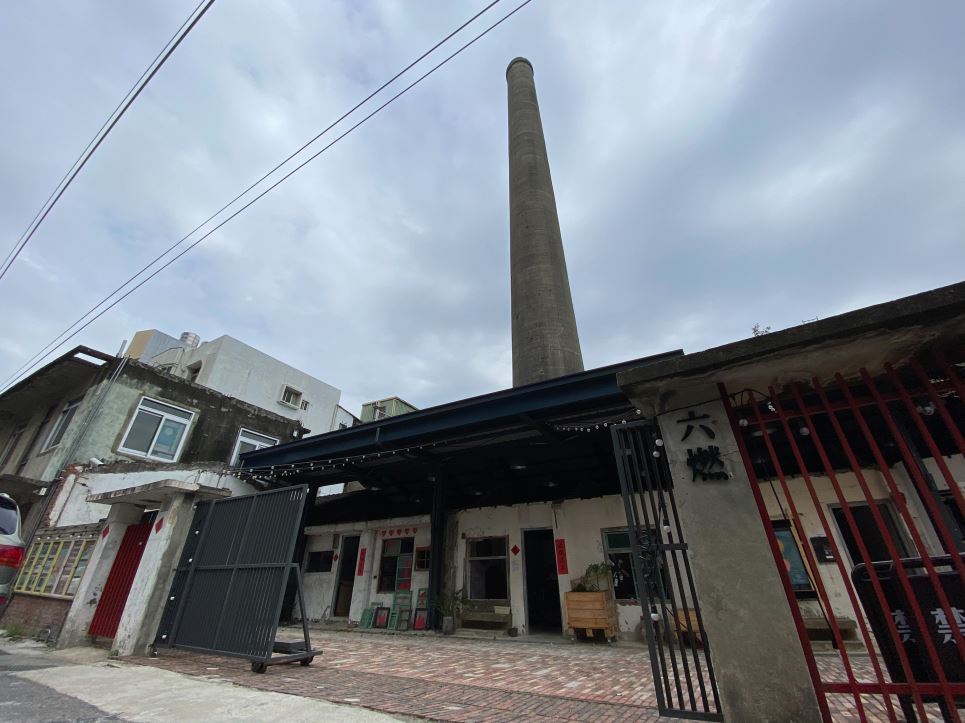 Name: 新竹日本海軍第六燃料廠
Location: Hsinchu, Taiwan
Did You Know That...?
At the conclusion of the Sino-Japanese War in 1895, the Qing Empire signed the Treaty of Shimonoseki, ceding Taiwan to the Japanese and ushering in 50 years of Japanese rule over the island. As militarism rose in Japan, the country withdrew from the London Naval Treaty in 1936, and as war loomed, the Japanese government began working on a total of eight naval fuel factories in Japan, Korea, and Taiwan to handle the substantial demands of the Imperial Navy, Army, and Air Force as they moved into combat readiness. Of these eight, the sixth fuel factory was to be established in Taiwan, with facilities in Kaohsiung and Hsinchu.

Planning for the construction of the factory began 1939 and the factory was completed in 1944. The head office was situated in Zuoying, Kaohsiung, while the synthesis section was set up in eastern Hsinchu City. However, when Kaohsiung was bombed by the US forces, the head office too was moved to Hsinchu. The primary purpose of the plan was to refine aviation fuel from locally grown plants for use by the naval air squadrons. This included fermenting cassava and sugarcane into butanol and isooctane, a task supported by the Natural Gas Research Institute of the Governor General (now the Chemical Engineering Section of the Industrial Technology Research Institute), a pioneer in biofuels research and development in Taiwan.

The Former Imperial Japanese Navy Sixth Fuel Factory spans a vast area, from the massive chimney of the power plant across the R&D plant, oil tanks, the actual factory itself, six fuel depots (now used by the CPC Corporation), the Naval Firefighting Pond (now Chenggong Lake, National Tsing Hua University), and the aforementioned Natural Gas Research Institute. In total, these facilities covered some 290 hectares and 314 buildings of all sizes.

In 1945, after the Japanese surrendered and World War II officially ended, the factory was turned over to the Chinese Petroleum Corporation (now CPC Corporation) and the Ministry of National Defense. CPC took over the fermentation plant, converting it into an oil depot which is still in use today, while the high-level staff residential quarters was transferred by the Ministry of Economic Affairs to the Industrial Technology Research Institute and was renamed Guangming New Village. Located next to the National Tsing Hua University campus, the old dormitory quarters has remained a residential location for senior ITRI management since. In 1955, the Ministry of Economic Affairs transferred some 40 hectares of land encompassing staff dorms, officers club, and an artificial lake to National Tsing Hua University to serve as part of the campus as the school resumed operations in Hsinchu.

The government also used the area to house dependents of military personnel coming to Taiwan, setting up several New Villages for the purpose, the most iconic of which was the Air Force's Zhongzhen New Village. These homes are particularly notable for their "homes inside homes" and "castles in the sky" characteristics. The Former Imperial Japanese Navy Sixth Fuel Factory in Hsinchu has become a special historical site which encompasses sites used during WW2 and by the Japanese, ROC, and American armed forces.

In addition, in 2010, the chimney was registered as a historic building. The outer wall of the chimney is covered with bullet marks left by Allied aircraft fire, and on the inside, a group of rare species of Asian particolored bats has been discovered. According to Professor Lin Liang-kong of Tunghai University, experts speculate that they flew into the chimney in April or May and were using it as a "delivery room" and "post-natal recovery center." After August, the young bats will have become grown up enough to leave. This discovery further added the features of this piece of cultural heritage, as a valuable ecological site as well.

Since 2017, it has also received Ministry of Culture subsidies under the Forward-looking Infrastructure Development Program for the promotion of recreating historical sites. In August 2020, the Former Imperial Japanese Navy Sixth Fuel Factory chimney site was officially opened to the public. Its management continues to seek Ministry of Culture subsidies to help with further restoration work.

The site restoration project for the chimney area has been completed. So, if you plan to go to Hsinchu for sightseeing, you can consider a visit to the Former Imperial Japanese Navy Sixth Fuel Factory. While taking in the wealth of cultural sites in Hsinchu City, from the Chenghuang Temple to the Nanliao Fishing Port, why not also stop by and visit the remain of the largest military industrial site in Taiwan of the years of World War II?