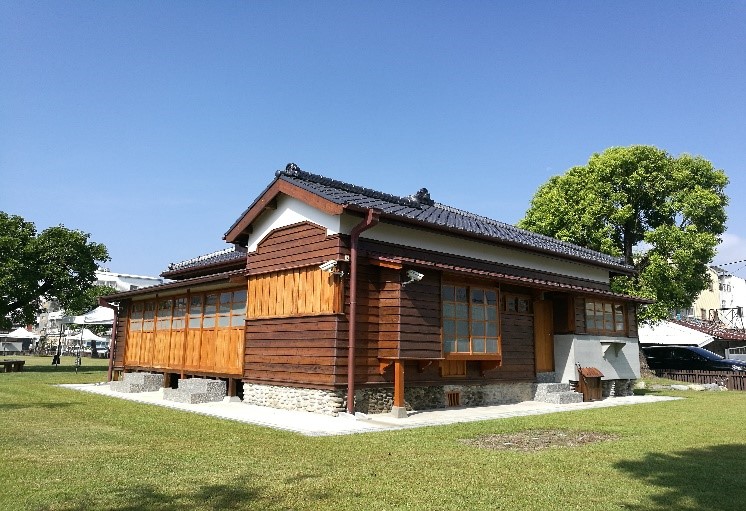 Name: 台東市民權里日式宿舍
Established: 1940s
Location: Taitung
Location: Taitung City, Taiwan
Did You Know That…? During Japanese rule of Taiwan, Taitung’s Minquan Borough (台東市民權里日式宿舍) was an important dormitory area for administrative officials in the city , earning the nickname Takarachō, or "treasure town." 27 Japanese-style dormitories were built to house the staff of the then-newly established Taitō Girls’ High School (now National Taitung Girls’ High). The Minquan Borough Japanese Park boasts most well-preserved Japanese dormitories in greater Taitung and is a place with tremendous value to Taiwanese cultural heritage. In addition to those historical buildings, the part also preserves the memories of the local elders about the period of Japanese rule. Although the dorms have long been empty, the old trees out front are still standing, a noble symbol for the spirit of the community and for human society, as well as an expression of the local people’s reverence for nature.

Built some 80 years ago in the 1940s, the dormitories in Minquan Borough, Taitung, form the largest such cluster of buildings in the area and have borne witness to the development of Taitung through the Japanese era and since, becoming a conduit for the common memory of many Taitung residents. For the middle-aged and elderly locals and many of those who have studied at Taitung Girls’ High, these Japanese-style wooden buildings located between Boai Road (博愛路), Zhongshan Road (中山路), Baosang Road (寶桑路), and Siwei Road (四維路) form part of a shared historical memory, inextricably linked with their own memories of growing up there and of famous former residents line Ou Chin-der (歐晋德) and Lee Tai-hsiang (李泰祥).

The establishment of Taitō-machi (臺東街) in the early part of the Japanese era marked the start of modern urban governance of what is now Taitung City. Over its development from the 1940s under the Japanese through the Republic of China into the 1970s and beyond, it has accrued a variety of stories of everyday folk and a rich array of contemporaneous historical documentation. What is now Minquan Borough became an important part of the cultural heritage of the people of Taitung, a place to recreate the historical memory of the land and its people, to formulate strategies for sustainable operation, maintenance, and development, and to create an atmosphere of historicity with an eye to the future as an important venue for leisure and tourism development for the citizens of Taitung.

The park itself spans some 2.2 hectares, some of which is occupied by duplex buildings with traditional wooden facades mostly made of cypress or cedar, the bases of which are raised about 50 centimeters to avoid problems with moisture and termites. The courtyard is green and spacious, and this overall most well-preserved of Japanese official dormitories in Taiwan showcases the status their former residents once enjoyed.

In its early years, the park was brimming with an academic and cultural air, combined with the particular lifestyle of the old streets and lanes. As urban development reached out and expanded in scope, Minquan Borough fell off the radar, seemingly frozen in time some 70 years past as the dormitories fell into disrepair, left sad, idle, and lifeless.

In 2005, locals began calling for its preservation. The Taitung County Government announced in 2007 that it would register the area as a historic building and obtain legal protection under the Cultural Heritage Preservation Act (文化資產保存法), preserving the area with plans to rebuild it building by building. Since 2013, former residents have been cooperating with the reprovisioning of their homes for the purposes of building-by-building land allocation.

After three years of hard work, the local government applied to the Ministry of Culture under the "Reconstruction of Historical Scenes (再造歷史現場計畫)" project with 13 buildings (covering 19 houses including duplexes) allocated funding of NT$180 million through the National Property Administration to carry out the restoration project in phases beginning in 2017. The hope was that they would be able to be fully restored to their Japanese-era glory.

The project was scheduled to be completed in 2020, with a planning stage that included three long public hearings. A certain percentage of the park was to be set aside as art and cultural space, combining the softness of the arts with hard historical reality. At the same time, plans were drawn up to ensure that the park would be a good neighbor, with plans for surrounding roads, traffic, and parking set in place and an operating model created that took reference from other similar parks around Taiwan. In addition, it was also planned to incorporate local art and culture, and to promote the children of Taitung that are far from home, creating a richer cultural and artistic environment while also driving tourism and economic development, becoming a new highlight of urban tourism in Taitung.

The newly christened Takaracho Art Center (寶町藝文中心) will not add to how the city looks, but also provide a space for the citizens of Taitung to play and relax while also serving as a hub for municipal information and for local artists and groups to come together and exchange ideas. With its strong sense of nostalgia and artistic atmosphere, this park makes for a wonderful place to take a stroll and take in the new vitality that has been injected into these historical structures.