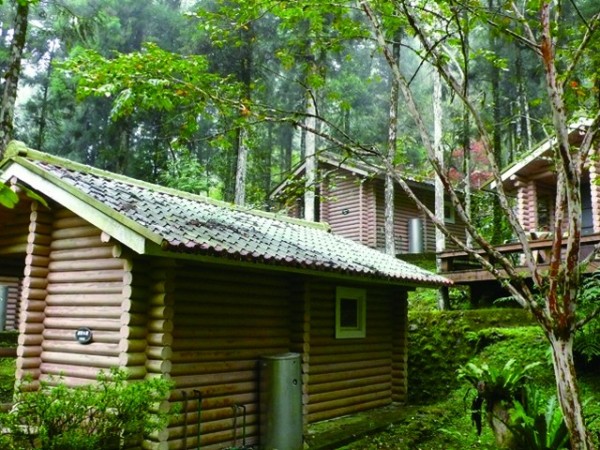 Witness to a millennium

Located over 1,000 meters above sea level, the garden and its "sage trees” are preserved as a living museum of the ages.

During Japanese rule of Taiwan, the colonial government cut down cypress trees to meet domestic demand for timber in Japan proper. The deterioration of the forest continued after Taiwan's retrocession to the Republic of China as authorities continued to seek commercial growth through agriculture and forestry, using the centuries-old towering trees of the area to fuel the excessive demand for wood.

That changed in 1989, when the government began developing forest recreation areas. Two years later, logging in virgin forests was banned, protecting some 100 trees in the Giant Tree Garden that range in age from 400 to as old as nearly 1,000 years.

The charms of Qilan Forest

There is a local tale that says once upon a time, there was a young couple living in the forest. One day the man was out hunting when he was struck by a stray arrow from his hunting companion and killed. When his wife heard the news, she ran to the spot where he had died to grieve, and passed away from a broken heart. Ever since, a tree with orchids hanging from its trunk has continued to grow in the spot, giving rise to the regional name Qilan — meaning 'resting orchids.”

Other seasonal flowers in the area include osmanthus, and there are forested pathways dotted with cherry, apricot, plum, and peach blossoms, all inviting visitors to take an unforgettably colorful stroll.

Mingchi Forest Recreation Area is made up of Mingchi Park and the Giant Trees Log Cabin Area. The park is the first forest area in Taiwan to employ landscape gardening, incorporating and expanding on the natural landscape to create a sense of a garden within a park. At the entrance to Jingshi Garden (靜石園), stairs made of piled rocks build into a cloud-like pathway that leads to the serene meeting place of man-made pavilions and natural beauty.

Peace and comfort by the lake

Situated about 1,400 meters above sea level, Mingchi Lake is perennially surrounded by a cloudy mist. In the summer, the fog is pierced by the song cicadas from all around the mountain.

More than 50 types of fern can be found among the trees of the Dr. Sun Yat-Sen Centenary Memorial Forest (國父誕辰紀念林園), which was established to memorialize the R.O.C.'s founding father. Two wooden walking paths lead separately to the exit of Mingchi Park and to a two-tiered viewing deck that allows visitors to wander leisurely among the arbor giants.