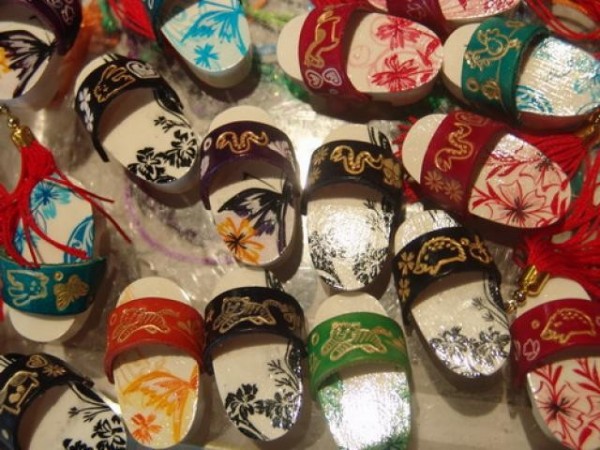 The footsteps of traditional wooden clogs have lit the way for a new era of prosperity for the Baimi Community. Located in the southeast of Yilan County, Baimi was a forgotten town that disappeared off the maps when the local clog-making industry lost its economic viability. However, the almost-forgotten wooden footwear has returned and now forms the cultural backbone of this quaint town, inspiring the community-restructuring miracle that is embodied by the Baimi Clogs Museum.

Local communities and their regional heritages once sunk below national consciousness because of the rapid modernization and assimilation nature of today's societies. Nowadays, however, people are slowly re-embracing the local culture and natural environment that provide reprise from the overly modernized urban cities.

Local communities with culture-centric economies such as Baimi have been restructured based on their own cultural characteristics and environmental strengths and have now become successful new tourist attractions.

From mining to clogging

Baimi Community was once a prosperous settlement that was known as the clog-manufacturing capital of Taiwan. At the height of its production, Baimi had more than 200 families partaking in the clog-making business. Inevitably, wooden shoes were supplanted by cheaper, plastic versions, and the clog industry collapsed.

The local economy then became involved in petroleum, cement, and mining for limestone deposits under the Japanese colonial period. Taiwan's first-ever cement factory was also established here, and Baimi became a bleak industrial town perpetually coated in a layer of dust and grim.

However, when the resources were depleted, the dust and pollution brought upon by the industrial activities remained. Many residents left the community, and those who stayed behind had to put up with a seriously damaged ecological environment, including an infamous record for having the highest levels of airborne particles in all of Taiwan.

From sullen to delightful

In 1993, local residents was chagrined by the government's proposal of building a thermal power plant in Baimi. The fear of further pollution to their hometown reunited the Baimi Community and triggered the hope for change.

To return Baimi Community to its roots, residents joined forces and established a community development association that was partially subsidized by the government and funds from existing factories, and chose to adopt the humble clogs as the new cultural image for Baimi.

Moreover, the Ivy trees (Schefflera Heptaphylla) in the area that once made Baimi the main supplier of raw materials for clogs still thrived.

To bring back the clog-making culture and to reclaim the title of Taiwan's clog capital, the community decided to transform an abandoned dormitory from the Japanese colonial period into a local cultural museum. The artisans and craftspeople from the remaining clog-making families were also recruited to create unique displays, including a pair of gigantic clog sculptures taller than the average child.

Today, the Baimi Clogs Museum showcases a line of extremely diversified clogs while serving as an open production base that allow visitors to watch closely how clogs are made and decorated by hand. The artisans employ a variety of techniques, including soldering, painting, carving, and leather attachments, to make each pair unique.

From zodiac prints and cuddly pandas to sophisticated Chinese ink wash paintings, everything one can imagine has been reproduced on a pair of Baimi clogs. More impressive though, is the warmth and enthusiasm with which local residents greet visitors to their revitalized community.