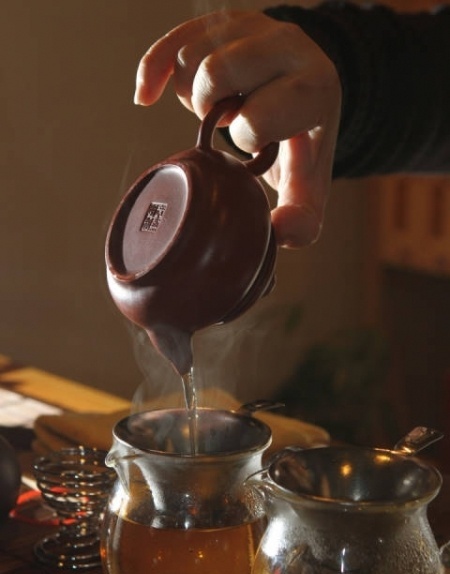 Located in the heart of Taiwan, Yuchi Township is best known for the picturesque Sun Moon Lake. Lesser known attractions, however, include the oldest Taiwanese black tea plantation, as well as the longest-standing Ceylon tea factory on the island.

The development of black tea in Taiwan dates back to roughly 1923, when the Japanese colonists introduced new varieties to Taiwan and began cultivating small areas in Taipei, Taitung, and Hualien.

Unfortunately the weather, soil, and latitude of the places they chose were not ideal for tea cultivation, and the tea produced was small in quantity and uneven in quality. Another issue was that people in Taiwan were not great tea drinkers at that time and demand was low; many Taiwanese residents did not even know that black tea was being produced in Taiwan.

Instead, most of the black tea provided in hotels was in the form of Lipton tea bags, which were produced in Sri Lanka and yielded a somewhat astringent taste that required sugar, lemon juice, and milk to smooth its edges.

When the Japanese discovered Yuchi, which consists mostly of low, flat hills ideal for cultivating a variety of crops, they introduced the Assam tea variety that has its origins in India.

With production surging, Taiwan-cultivated black tea was mainly exported overseas and not sold to the local population, with only members of the upper class having regular access to the aromatic drink.

At the pinnacle of its production, Yuchi's black tea was annotated in many historical records. The onset of World War II, however, almost destroyed the region's entire tea industry.

To revive the withered tea plantations, the Yuchi Branch of the government's Tea Research and Extension Station opened in 1936 on Maolan Mountain (貓蘭山) to perpetuate the Indian Assam variety of black tea.

With the dedicated effort of both the central and local government, the black tea grown in Yuchi has become a specialty gift and is now billed as one of the three treasures of Nantou County alongside orchids and mushrooms.

Nantou black tea has won a great deal of acclaim, both domestically and internationally, especially the Assam black tea for its rich taste, and the No. 18 Formosa black tea variety that carries hints of fresh cinnamon and peppermint.

A good cup of tea

A good cup of black tea has to pass strict tests in freshness, color, aroma, and taste. The first test concerns appearance, with the tea leaves most prized for being lustrous and dark with a tinge of purple.

While different types of black tea have distinct characteristics and aromas, pure and robust are the best. Tea types are also best left unmixed, or else not one aroma will stand out.

Once brewed, the color of the tea should be bright red, clear, and gleaming; dark and muddy brews are considered low in quality.

Yuchi's tea elicits a pure and mild flavor with a sweet aftertaste. A general rule of thumb dictates that full-bodied and distinctive aroma means good quality, versus the tasteless and coarseness of old, bad tea.

There are many things to do and see, but above all, visitors get to enjoy all the cuisines and flavors from the world of black tea.

Filled with the aroma of tea and steeped in tradition, these innovative and delicious products are the best way to get a true taste of local culture.