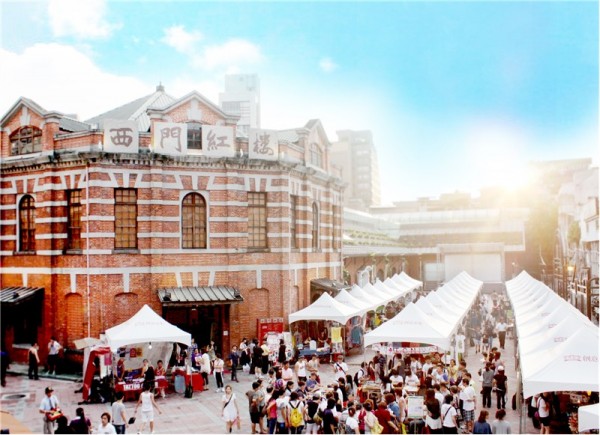 Built in 1908 during the Japanese rule of Taiwan, the Red House is a Western-style brick structure designed by Japanese architect Kondo Juro. Its market entrance, which was designed according to the concept of Eight Trigrams (bagua), was considered an innovation at the time of its construction.

The Red House was designated as a Class III historic site by the Taipei City Government in 1997, but the Red House Theater was closed down later that year.

In November 2007, the Department of Cultural Affairs under the Taipei City government commissioned the Taipei Culture Foundation to manage the Red House. The area has since undergone a series of cultural transformations, including the establishment of the Creative Boutique marketplace for artists and designers in the Cruciform Building, the opening of the Moonlight Movie Theater during weekends, and the creation of the Outdoor Café in the adjacent square.

Recently, the Red House has been developed into a venue for designers to showcase their creativity and exchange information. In 2008, the century-old Red House was honored as the Best Historic Site Revitalization Project at the 7th Taipei Urban Landscape Awards, for its regional development plan that underscores diversity.