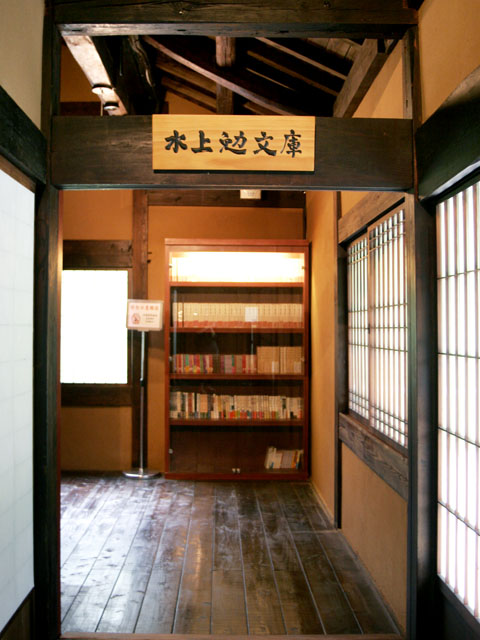 Originally built in the Japanese prefecture of Fukui, the Itteki Memorial House was donated by Japan in the wake of the deadly 7.3-magnitude earthquake that struck central Taiwan in September 1999.

As a symbol of friendship between the two nations that both have a history of tectonic afflictions, the historic building has survived many tremors throughout its century-old legacy. It was painstakingly dismantled by volunteers in Japan and reassembled in Taiwan, opening to the public finally on March 29, 2011.

A tale of two earthquakes

The September 1999 Earthquake, also known as the 921 Earthquake or the Jiji Earthquake (集集大地震), struck at 1:47 AM with its epicenter at the Jiji Township of Nantou County. Claiming more than 2,000 lives, it was the second deadliest quake in the recorded history of Taiwan. Rescue teams from around the world joined local relief workers and military units in working around the clock to dig out survivors; many touching stories of blood, sweat, and tears soon emerged.

Among the overseas volunteers were residents of the Mikura District in Japan's Hyogo Prefecture who survived the Great Kobe Earthquake, a 7.3-magnitude earthquake that killed 6,434 people in January 1995.

Having received assistance from Taiwanese civic groups just four years ago, the Mikura community also decided to donate the Itteki Memorial House to Taiwan to encourage Taiwanese earthquake victims to rebuild their lives.

Symbol of mutual aid and friendship

Built of cypress and China fir wood using the traditional tenon-and-mortise joint construction technique, the Japanese-style antique house uses no nails. It was chosen as a symbol of homeland restoration because the hundred-year-old house remained intact even after the Great Kobe Earthquake.

The old house was constructed by Kakuji Mizukami (水上覺治), the father of the renowned late Japanese writer Tsutomu Mizukami (水上勉), in Fukui in 1915. The ownership was eventually given to Mikura resident Yasuzou Tanaka, who passed it onto Taiwan.

The ridge tag for the Itteki Memorial House was originally contained in a red package hidden on a beam. Inscribed with the date April 6, 1915, the tag presents the names of the people who were in charge of building the house, including the senior Mizukami. Many people therefore presumed that the house is Mizukami's former residence. However, subsequent research showed that the house was eventually sold to a farmer.

After its relocation to the Peace Park in Tamsui, the Itteki House's ridge tag was first wrapped in a piece of white cloth and then a piece of red cloth again, since red and white are the two colors of the Japanese national flag. In addition, the red package has now been specially wrapped in a pair of straw sandals to symbolize taking root in Tamsui.

Complete with a miniature Japanese garden, the memorial complex also houses The Minakami Tsutomu Collection and The Chen Shun-chen (陳舜臣) Collection to promote exchanges between modern Japanese and Taiwanese literature.

Now one of the most popular sightseeing spots in New Taipei, the Itteki Memorial House holds a particular role in the Tamsui Peace Park for serving as a reminder of the humanitarian spirit of mutual aid between Taiwan and Japan during hard times.