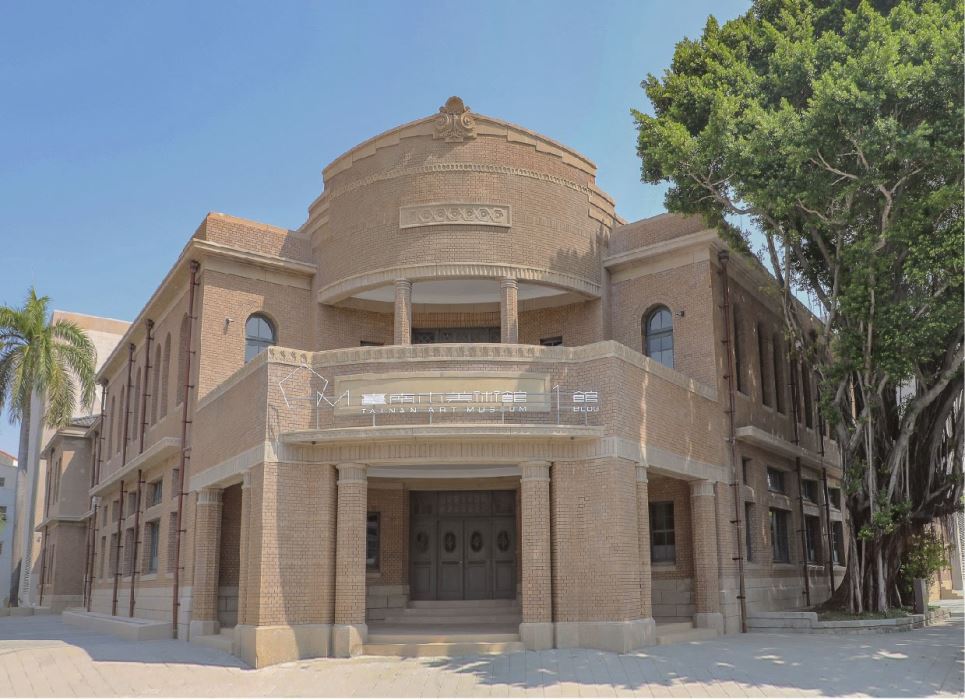 Name：台南美術館
Located At: Tainan City (Southern Taiwan)
Year of Establishment: 2019
Did You Know That…?
The establishment of an art museum is not only a landmark in a city and country's cultural evolution, but can also provide the backbone for further urban development. For great cultural cities, the establishment of art museums often accelerates the vigorous development of local art, and the resulting artistic atmosphere further pushes the city forward. The impact of such art museums on driving progress in quality of life, tourism, and industry cannot be underestimated. After the merger of Tainan City and Tainan County in 2010 and the elevation of their union to special municipality status, the newly formed Tainan City began work on a project to systematically bring together and organize its wealth of cultural resources and talents. To that end, the city government announced a plan to establish a museum of fine arts, a place for local arts and for educational opportunities for young and old alike. After seven years of work, the Tainan Art Museum formally opened its doors in 2019.
Building 1 Address: No. 37, Nanmen Rd., West Central District, Tainan City
Building 2 Address: No. 1, Zhongyi Rd. Sec. 2, West Central District, Tainan City
Site: https://www.tnam.museum/

The Tainan Art Museum is housed in two buildings. The first is a historic site that was home to the Japanese-era Tainan Police Station; the second is a distinctively modern building erected on the site of a former underground parking structure. The latter is the result of a joint project of Taiwan's Joe Shih Architects & Associates and Japanese firm Shigeru Ban Architects. The area in which the two buildings are located is rich with cultural heritage. The rise and rebirth of these structures will help with the incorporation of local artistic resources and foster greater creative interaction, as well as being expected to serve as experimental bases for the coming together and dissemination of Tainan art.

Building 1 was originally home to the Tainan Police Station. Built in 1931, while Taiwan was under Japanese rule, it was designed by Tainan-based Sutejiro Umezawa and presents a distinctive Art Deco style. In 1998, the building was designated a municipal historic site, and it remains one of the few Japanese police station buildings preserved in Taiwan.

The main structure of the building is reinforced concrete, while the two wings are made with red brick and cement. The roof trusses, doors, and windows are wooden, and the outer walls are covered with 13-groove tiles. The color and style of the bricks and tiles make up the main stylistic elements of Building 1. Both sides of the main gable in the center are decorated with a step-shaped, horizontally belt, with ornate decorations on the highest point, cornices at the bottom, and door and window decorations.

To reinforce the multifunctional nature of the exhibition space, the designers added three floors above ground and one underground floor behind the main building. The new and old buildings are connected by a central corridor, creating a unique sensory experience for visitors. Building 1 houses some 1,555 square meters of exhibition space across ten exhibition rooms, workshops, a dining area, collection depot, and restoration and inspection spaces.

Building 2 was designed by Japanese architect Shigeru Ban. The main building in a simplified, strongly pentagonal shape designed to call to mind Tainan’s distinctive royal poinciana trees, is coupled with a series of vertically stacked, intersecting square spaces to create a sense of free-flowing lines of movement for visitors. A semi-outdoor space in a staired form also provides a space for rest and recreation. The large pentagonal, fractal shading of the roof is a response to Tainan’s climate and simulates natural shade effects. The result of scientific research, the fractal structure is made with geometric shapes to provide an adjustable source of green energy. In addition, when the sun shines on it from different angles, it creates a beautiful interplay of light and shadow reminiscent of sunlight penetrating through the leaves of trees.

Building 2 covers some 2,508 square meters and is host to 16 exhibition rooms, a collection depot, a performance space, a children’s art center, a dining area, and a restaurant with a view, along with underground parking which is open to the public.

The collection policy of the Tainan Art Museum is focused on the preservation of important foreign and domestic artworks, with a central focus on cultural heritage preservation, exhibition, education, promotion, and study. The museum aims to collect the works of artists who have had a particularly significant impact on the development of the arts both at home and abroad. Currently, the collection is prioritizing the works of modern Tainan artists, aiming to build a thorough database of artistic development in the region. It is also collecting outstanding works by artists from other regions so as to provide a richer perspective on Taiwan's artistic development. At present, the museum is on the search for items to add to its collection, along with accepting donations and transfers from government agencies at all levels. Between 2011 and 2018, they accumulated a total collection of 1,986 pieces.