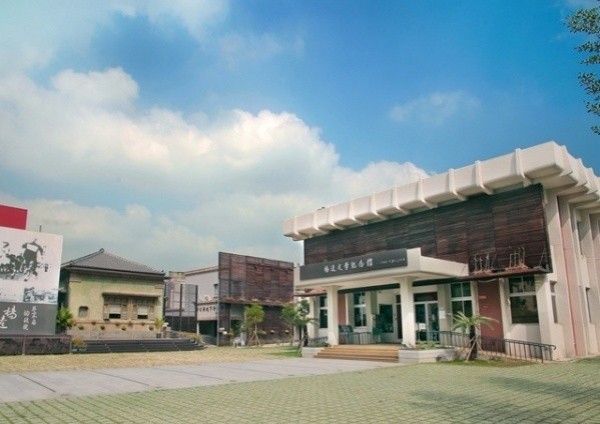 To preserve the resolute spirit of the author of "The Indomitable Rose” and 'A Declaration of Peace,' the Yang Kui Memorial Hall was established in his hometown of Xinhua District in Tainan with the support of his descendants.

Yang was born in 1906, and he lived through two authoritarian regimes when being literate constituted a hardship. By putting his thoughts on paper, Yang inspired legions, but also landed in jail for more than a decade.

When he was young, he fled home to avoid an arranged marriage with his adopted sister. He went to study in Japan, and for voicing his leftist ideals, he was thrown in jail for the first time there.

When he returned to Taiwan in 1927 and confronted Japanese colonial rule, he began to write and joined the peasant farmers' movement. He was thrown in jail repeatedly, including for his involvement in the February 28 Incident. In 1949, after the Republic of China government relocated to Taiwan, he wrote 'A Declaration of Peace,' for which he was imprisoned for 12 years on Green Island.

In his memoir "My Literary History,” he reflected on the 12-year imprisonment for writing a 680-word piece: 'That works out to close to 10 days per character. That's got to be the highest pay rate in the world!'

Yang's main pillar of support was his wife Ye Tao (葉陶). Working in the peasant farmers' movement, they were revolutionary compatriots. Yet Ye was the more gregarious and charismatic one, while Yang was more reserved.

Their friends called them 'Big Brother Ye Tao and his wife Yang Kui.' The husband and wife worked side by side, striving together for progress in Taiwanese literature and democracy. Fellow writer and Tainan native Yeh Shi-tao (葉石濤) described Yaas 'a pioneering figure in the Taiwan women's movement, and a true picture of love and sacrifice.'

Yang passed away in 1985. He and his wife were buried at the 'Garden of the Eastern Sea,' his flower farm and residence in central Taiwan. Yang is survived by five children, whom he gave names reflecting his socialist ideology.

The Yang Kui Memorial Hall is housed in a former household registration office building, next to the old Town Hall on Xinhua Street. A Japanese-era building constructed in European style, it was once voted the fourth most beautiful building in Taiwan.

The interior of the two-storey hall was designed by Liu Guo-cang, one of the architects that represented Taiwan in the 2006 Venice Architecture Biennial. The exhibitions inside are split into three sections — 'Yang Kui the Man,' 'Yang Kui the Writer,' and 'Yang Kui's Social Significance.'

These exhibits introduce Yang in his different roles while demonstrating his socialist ideals, and conveying his support for proletarian literature that uses common terms and a simple style.

Among the items on display is an old and low writing desk, which bears a dent in the lower right corner. Yang had a habit of leaning on his right elbow there when he wrote. With all the time Yang spent at the desk, the elbow ended up leaving this impression.

Much like the impression he left on the desk, Yang has left an indelible mark on Taiwan's democracy and literature. The imagery of his indomitable rose represents the Taiwanese spirit, and rose bushes are planted outside of the memorial hall to honor his legacy.