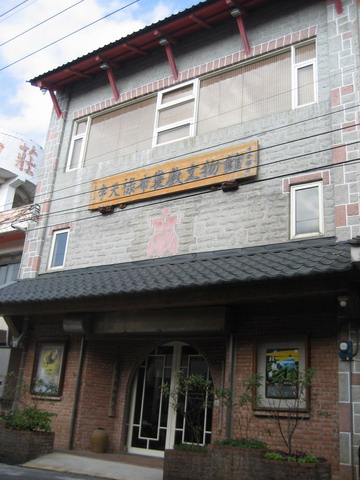 The 2,143-square-feet Li Tian-lu Hand Puppet Museum is the first educational institute specializing in glove puppetry and the only museum in Taiwan that is dedicated to both the ancient art form and to the legendary puppet master Li Tian-lu (1910-1998).

In pursuit of innovation

Li was born in Taipei during the period of Japanese rule to a puppet troupe organizer. Growing up with puppets as his toys and surrounded by professional puppeteers, the young Li intuitively acquired the techniques for manipulating puppets early in his childhood.

When he was fourteen, Li joined a troupe that toured the countryside and mountainous areas, during which time he sharpened his skills and finesse. The year he turned eighteen, Li decided to return to Taipei and make his mark in the puppet show business.

He performed with a city troupe, and eventually married into the troupe leader's family. In 1931, the same year his first son was born, the young but experienced Li founded his own puppet troupe. He called it "I Wan Jan” (亦宛然掌中劇團), meaning 'vivid mimicry,' to show that in his skillful hands these wooden puppets came alive as if they were real.

In 1935, a three-way puppet theater contest turned Li into a household name. Li's I Wan Jan successfully competed against two other heavyweight troupes by making use of a stage set whose scenery could be changed during the show, which was a quite novelty at the time.

Then, with the novel introduction of elements of traditional Chinese opera such as opera music and narration, and the importing of new sound, lighting, and stage techniques into the theater, Li's I Wan Jan troupe continued to enjoy huge popularity and prosperity well into the 1960s.

Disciples from around the world

Fearing that the ancient folk art might not be passed down to younger generations, he closed I Wan Jan in 1978, choosing instead to focus on promoting the art form in elementary schools throughout Taiwan as well as in foreign lands.

His art attracted followers from as far away as Europe, Australia, the United States, and Japan to study under him in Taiwan. After returning to their countries, Li's foreign pupils set up new troupes bearing names similar to I Wan Jan around the globe.

The puppet master spent his final years teaching and visiting his overseas students, while spreading the seeds of the puppetry around the nation. With that concept in mind, Li set up a puppetry foundation. Two years before he passed away, the Li Tian-lu Hand Puppet Museum opened to the general public on Dec. 31, 1996.

An establishment entrusted with Lee's dreams

Located in Sanzhi, Li's hometown, the museum that bears his name is a must-visit for anyone who wishes to learn more about the world-acclaimed puppet master and how he spent his whole life as an ardent preserver and promoter of the folk art in Taiwan.

The museum houses an exhibition hall where Li's fine collection of props, glove puppets, and stage settings are on display. A variety of figureheads, as well as costumes and weaponry used during the puppet shows, are well-kept and exhibited here as well.

Several original copies of the movies starring Li by leading filmmaker Hou Hsiao-hsien, including 'City of Sadness' and 'The Puppetmaster,' are preserved here as well. The latter was based on Li's personal memoirs and won the Jury Prize at the 1993 Cannes Film Festival.

The museum also houses 700 videotapes, 300 books, and 200 tapes as well as hundreds of files that present a detailed record of Li's former glory and are meant to be used as research and educational materials.

Li's sons and students hope to do more than to just preserve the ancient art; they also hold seminars and stage performances at schools around the island with the aim of training a new generation of puppeteers to carry Li's torch.