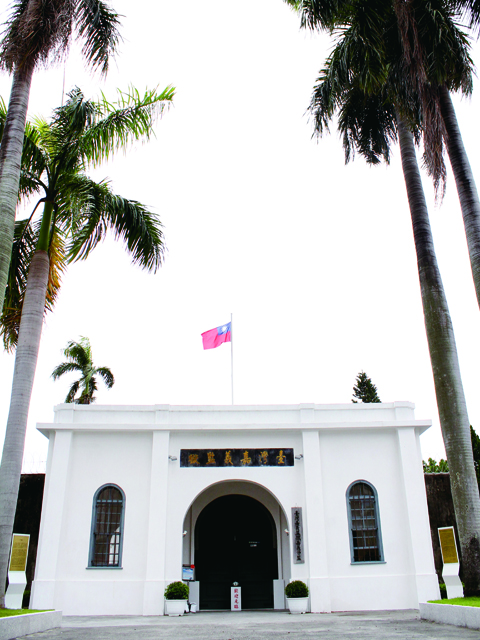 Established in 1919, the former Chiayi Prison is the most completely preserved prison building with important historic cultural value in Taiwan. After a new prison was built in Chiayi City, arguments about whether to raze or keep the old prison were raised. However, the old Chiayi Prison was finally designated a City Historical Site in 2002, and a National Historical Site in 2005, after prison authorities and historians made strong efforts to preserve it. With its special significance and architectural history, the old prison finally gained a new identity after remodeling and repairs, and was transformed into the Prison Museum at the end of 2011. The museum planners have breathed new life into the old prison by combining the goals of historical preservation, public use of an historic site, and a sustainable business operation.

Compared to other prisons that had been already demolished and rebuilt during the Japanese colonial period in Taiwan, the old Chiayi Prison still retains much of the early construction methods and materials brought by the Japanese colonists, as well as many unique prison artifacts with historic significance and high value for research. Thus, it serves as a witness to the evolution and development of Taiwan's prisons and its law-based society.

The building design of the former Chiayi Prison was based on the architectural ideas of modern Western prisons. Entering through the thick gate of cypress wood from Alishan, visitors will see the Warden's Office in front of the Administration Building. The warden controlled conditions throughout the entire prison from this location. A central control station allowing close observation of all inmates was built into the central platform, and its radial fan-shaped design permitted efficient and effective observation of all corners.

In order to help people learn more about the history of the old Chiayi Prison, the Prison Museum provides displays of important documents and archives, photographs and artifacts, and interactive multimedia. Objects on display include early tools used to restrain inmates, staff member uniforms, inventory lists of staff changes, agent name tags, and other memorabilia. The museum also makes full use of interactive billboards and art exhibitions to help people better understand how Taiwan's prison system is moving towards the direction of humanism, healthy discipline, and improved health care.

Previous exhibitions include a special event on the old prison's system of waste material recycling, which showed achievements in positive rehabilitation as well as the creative ingenuity presented by the inmates in the art class of the new Chiayi Prison. Inmates recycled and reused waste materials left from the remodeling and reconstruction of the old prison, such as black tiles, cypress wood handcuffs, cell locks, jail keys, and other antiques and relics, into works of art. Every work reflects and implies its creator's own repentance, as well as longing for family and freedom of mind.

Winning artworks from the national decorative lantern competition are often on display here, including works by prisoners all over Taiwan. The inmates not only learn lantern-making skills, but also seek to regain their confidence and sense of honor through the process. In the museum, visitors can view a decorative lantern created by inmates of the Hsinchu Prison, which won the championship in the 2010 Taiwan Lantern Festival. This decorative lantern was made with more than one million toothpicks by Hsinchu inmates, who spent more than five months creating it. The tiger-shaped lantern is finely detailed and fully demonstrates the power and might of the animal.

The Prison Museum is an historic site composed of old prison buildings; the beauty of the surrounding landscape is an integral part of local culture and the collection of artifacts enriches the humanities and also serves academic research purposes. The museum will also continue to promote legal education in primary and secondary schools in the future so that students can learn more about the meaning and form of law and order through on-site courses. Moreover, with multiple functions such as monument tours, heritage exhibitions, and recreation attractions, the museum also welcomes sightseers and tourists.