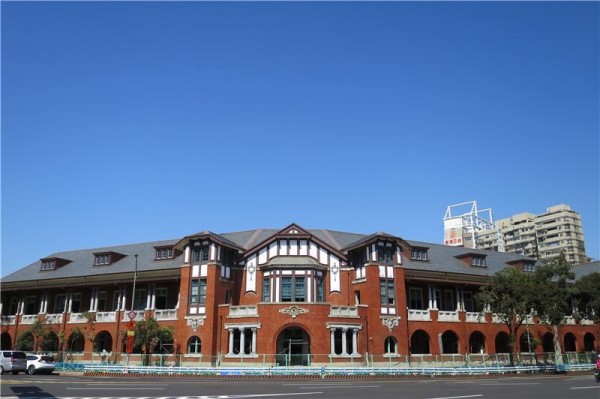 The Railway Division of Taiwan Governor-General's Bureau of Transportation (also known as the Taihoku Railway Bureau) was an administration for managing and operating national railways during the Japanese colonial era. Having witnessed a century of history, the site has since been designated as a National Heritage Site by the Ministry of Culture.

Established during the Japanese colonial era, the railway division was taken over by the Nationalist government after the end of the Second World War. The division then underwent a few organizational changes, which were mainly influenced by the delegation of work of the northeastern rail track built by the Nationalist government in mainland China.

As the predecessor of Taiwan Railways Administration, the railway division played a key role in the transportation and economic development of Taiwan. It completed the Northern line in 1908 and constructed railway tracks to Tamsui, Yilan, and Taitung. It had also researched and planned the routes of North-link, South-link, and Crossrail.

Taking inspiration from Tudor architecture, the railway division is a piece of half-timbered, Japanese-style architecture. It embodies not only the memories of Japanese rule but also contains the vestiges of the old assembly hall, entrance, the first Taipei Main Station, and the Qing-era Taipei Machinery Bureau.

Following the establishment of a new Taipei Main Station in 1990, the railway department was no longer used and gradually abandoned. To preserve the historical monument, the National Taiwan Museum took over management of the building in 2009 with solid plans for transforming it into a railway museum.

Restoration began in earnest by 2014, lining up repair projects including offices, halls, canteens, engineering rooms, a power control room, an octagonal hall, and an air-raid shelter.

The first phase of the renovation project was honored with the Excellence Award from the 16th Public Construction Golden Quality Award, making it the first affiliated institution under the Ministry of Culture to win such award.

Located in a region that is rich in history and culture, the site houses ten separate buildings, eight of which have received formal designations as historical monuments. The imminent transformation will soon be complete and the railway department will take on a new life as a museum by 2020.