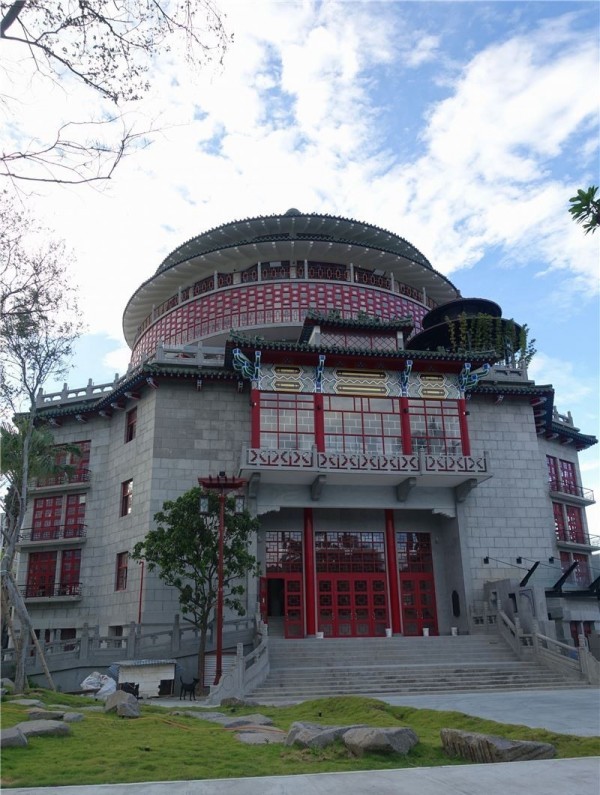 The NTCRI Taipei Branch consists of seven floors and an attic, altogether offering exhibition venues, workshops, studios, a library, conference rooms, and a social lounge with food and drinks. It serves as a marketing platform for craft artists and a cultural venue for the general public, introducing and promoting craft arts by hosting creative bazaars, cultural festivals, and exhibitions.

First established as the National Taiwan Science Center in 1958, the palatial building represented the continuity of Chinese-constituted authority and its modern education system alongside the National Museum of History, the Center for Educational Resources and Publishing, the National Taiwan Arts Education Center, and the National Education Radio, all of which were situated in the Taipei Botanical Garden area.

The center, which was renamed the National Taiwan Science Education Center in 1962, played a key role in the development of Taiwan's science education by hosting frequent science exhibitions and fairs, including the first 4D science theater in Taiwan. The center ran until 2003 before being placed under the jurisdiction of the Taiwan Forestry Research Institute.

In 2006, the Taipei City Government designated the monument as a heritage site, prompting the Council for Cultural Affairs, predecessor of the Ministry of Culture, to take usage of the site as the office of Bureau of Cultural Heritage until the Bureau relocated to Taichung City.

In 2007, the National Taiwan Craft Research and Development Institute based in Nantou County proposed to restore the monument and use it as a crafts center in Taipei. Since the Institute has been cultivating artists and advocating craft arts in Taiwan and overseas, a branch office in the capital city wouldhelp enhance the development of crafts in Taiwan.

After a long period of restoration, the NTCRI Taipei Branch was inaugurated in December 2015. Echoing the four themes of "craftsmanship," "culturally creative goods," "design," and "culture," the Branch now displays and sells crafts that are designed and made in Taiwan, and offers an array of art events. The transformation of a heritage site to a crafts-oriented institution has helped to preserve the monument while promoting Taiwan's craft culture.