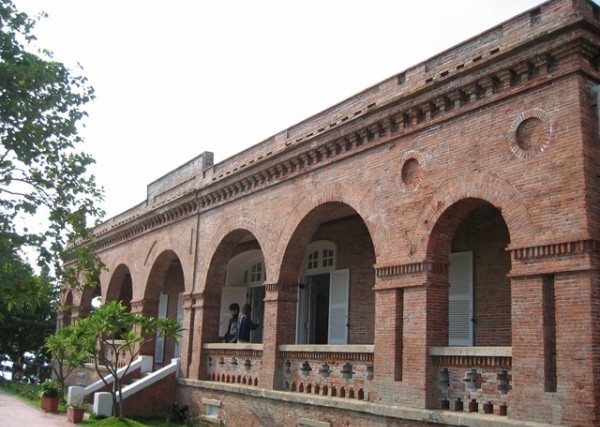 A history of the residence

After the 1858 Treaty of Tianjin and the 1860 Treaty of Beijing were signed, Taiwan had to gradually open up ports to foreign trade. One of the ports was Takao, the old name for Kaohsiung, and one of the first Western countries to establish a consulate was the United Kingdom. The consular office was built in order to expand British economic interests on the island; it also served several other purposes such as the protection of British nationals, exercise of consular jurisdiction, and conduct of local negotiations in Taiwan.

The British Consulate’s first Consul General was Robert Swinhoe; he was appointed Deputy Consul in 1861, and was promoted to Consul General in 1865. During his days on the island, he also worked as a naturalist, documenting the native plants and animals of Taiwan. The endemic Swinhoe’s Pheasant (藍腹鷳) is named after him.

British customs activity in the Kaohsiung area began around 1864, whereas construction started on the consulate building and the consular residence overlooking the harbor in 1878. After completion, these structures were first used by the British government in 1879.

In 1895, Taiwan came under Japanese rule and the Consul’s residence was converted into the Kaohsiung Weather Service Office. After the Republic of China government relocated to Taiwan, the residence became the Weather Meteorological Institute. The building was badly damaged by Typhoon Thelma in 1977 and lay deserted for nearly a decade. In 1987, the former consular residence was finally restored as a museum for storing historic documents and cultural products.

In 2003, a hotel group was appointed to finish the restoration and manage the building. Now the former residence has been turned into a museum as well as an ocean-and-mountain-view cafe that offers authentic British afternoon tea. The entire restoration took more than eight years, with the structure re-opening in November 2013.

The methodology employed in the restoration process was quite meticulous, especially with regard to the red brick façade that required approximately 4,500 red bricks; each block was rotated by hand by the work crew so that the weathered side faced inward.

On two sides are arched corridors or veranda-porches, built to fend off the afternoon thundershowers often seen in southern Taiwan. The porches also help to keep the building warm in winter and cool in summer, fully demonstrating the architectural aesthetics of the Renaissance style. The veranda-porch is also a favorite spot for tourists to capture beautiful images of the ancient Western architecture.

To visit the building, visitors must first climb a set of 128 white stairs zigzagging up the hill. A beautiful and well-organized lawn surrounds the residence, but what really makes the site a must-see for tourists, both local and from overseas, is its beautiful panoramic view overlooking the scenic Kaohsiung harbor area.

Currently run by a hotel group, the former-residence-turned-cafe also serves as an arts venue for both performances and exhibitions. The combination of public and private resources, as well as the beautiful scenery of Kaohsiung from the peak during sunset, set the former British Consular Residence apart from other historic buildings in the area.