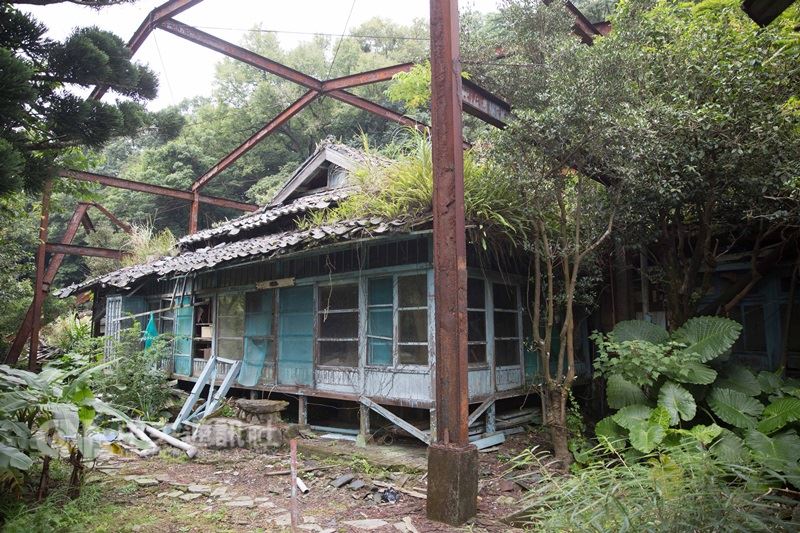 The Grass Mountain Royal Guest House was established in 1923 to accommodate Prince Hirohito, who visited Taiwan before he succeeded the throne in 1926. Having witnessed the nation's transition from Japanese colony to democratic Taiwan, the guest house was designated as a historic site in 1998.

As one of the earliest western-style Japanese buildings in Taiwan, the guest house was also commonly known as the "prince pavilion" after receiving Prince Hirohito. It was later used to accommodate Japanese officials. After the retrocession of Taiwan, the house became the first residence of general Chiang Kai-shek (蔣中正) until the complete construction of his official residence in Shilin District.

In 1966, the guest house became the official residence of Sun Ke (孫科), the son of the nation's founding father Dr. Sun Yat-sen who came to Taiwan to serve as president of the Examination Yuan. The Sun family lived there until 1997. Since then, the building has been left uninhabited and unrepaired for nearly two decades.

Occupying about 168 square meters, the guest house features unique architectural aesthetics that emerged in the Meiji period, during which western ideas were introduced to the Japanese society. The whole site contains a Japanese-style home and a western hall and house, which were built in different periods and reflect the architectural development in Taiwan.

With a western-style façade, the hall contains a restroom, living room, and hot-spring bathroom for the royal officials as well as a balcony and porch. The interior was decorated with western designs and installed with indoor plants including Cycas taiwaniana and Dysosma pleiantha to create a subtropical ambiance.

Connecting the western hall with a corridor, the Japanese home had an independent entrance to separate the guest room from the living room and other social spaces. Outside the building, there was a large garden that occupied 6,618 square meters. To stay true to the original landscape, the builders applied British landscaping and gardening techniques to integrate the buildings and nature harmoniously.

After the guest house was left unmaintained for decades, the Ministry of Culture obtained a budget for its restoration in 2018, which will repair the building, survey the cultural relics remaining inside the guest house, and improve the landscape around the site to make it a cultural landmark of Yangmingshan again.