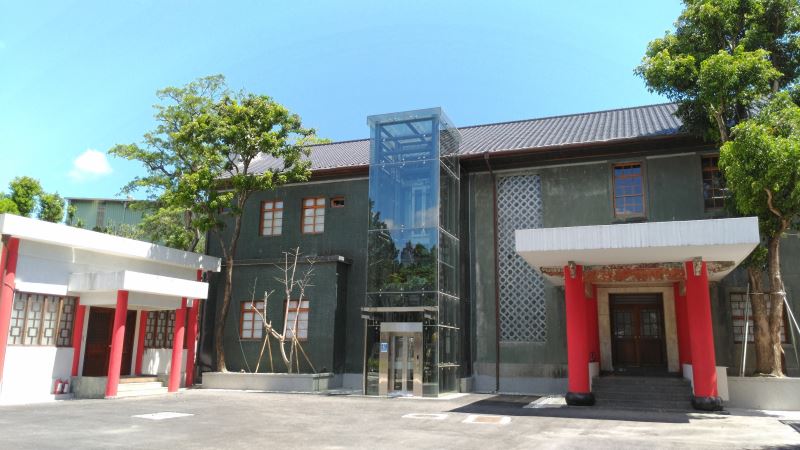 Over the 100-plus years since its establishment in 1902, the Freedom House has borne witness to the Japanese colonial era, the relocation of the Nationalist government to Taiwan, and the island's post-war reconstruction. In the wake of World War II, Freedom House even served as an important location for diplomatic tasks, earning itself the nickname of "The Ambassadors' Home."

Due to the building’s architectural style reflecting the characteristics of different time periods and its particular historical, cultural, and artistic value, it passed a review by the Ministry of Culture's Cultural Heritage Review Committee in 2018, leading to it being named a national historic site.

Freedom House was originally the home of the chairman of the Bank of Taiwan, and as such was one of the most senior official residences of the period. In 1911, it was transformed into a recreational location for Bank of Taiwan staff — the Bank of Taiwan Club. At this time, an additional clubroom was built onto the building which, under then-Governor General of Taiwan Samata Sakuma (佐久間左馬太), was used for martial arts training, particularly kendo and judo.

After WWII, Freedom House came under the auspices of the ROC Ministry of National Defense, which used it to greet important foreign and domestic guests and for international meetings. It was also often home to returning ROC diplomatic envoys, so much so that it earned the nickname of "The Ambassadors' Home."

In addition, Freedom House was also an important location for gathering and speeches for "Free China Journal (自由中國)," an organ promoting freedom of political thought that was published by intelligentsia like Hu Shih (胡適), Yin Hai-kuang (殷海光), and Lei Chen (雷震).

Not only was Freedom House an important early political access point, hub for international communications, and base for anti-communist action, it also has a deep shared connection with the nearby Datong House and former residence of Yen Chia-kan. The three have been thoroughly preserved, and as a unit are among the few locations rebuilt post-WWII to be so preserved to this day. Viewed through the lens of cultural heritage, the complex of the three offers insightful historical context and has tremendous symbolic historical value.