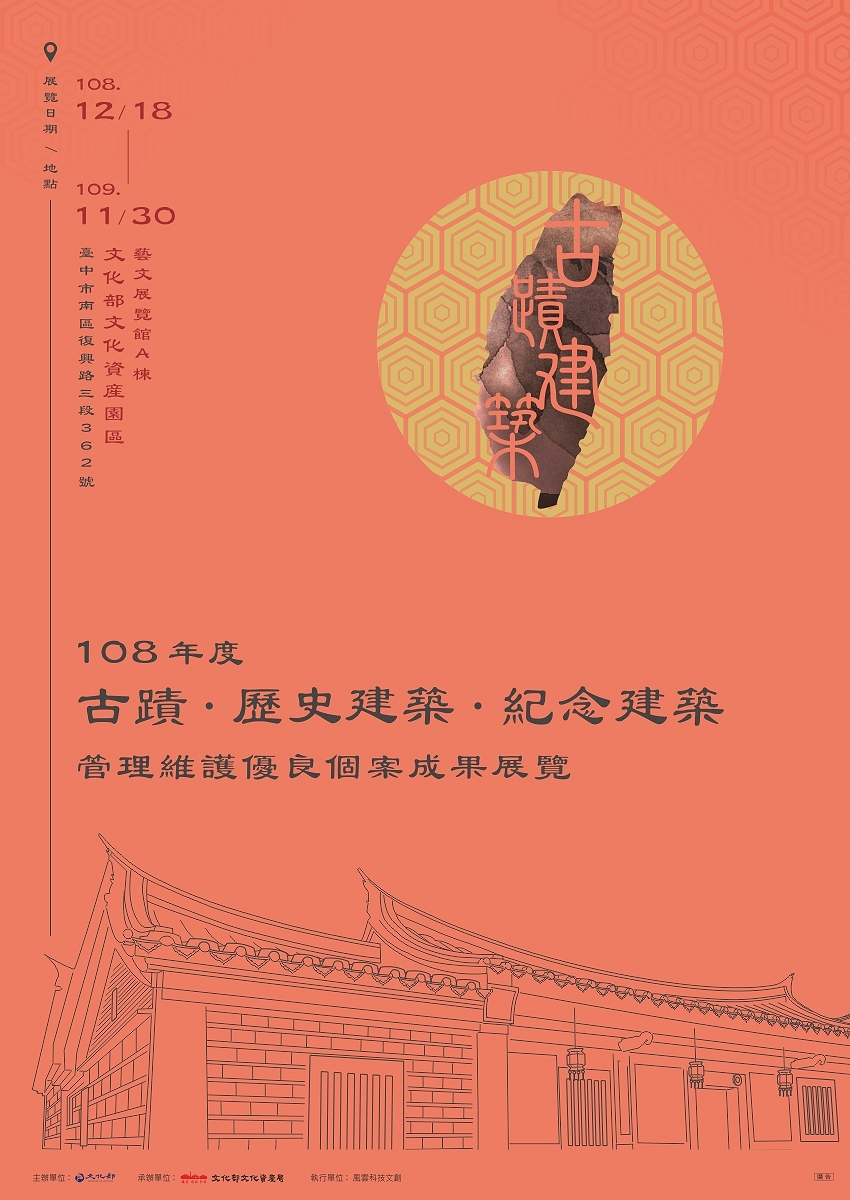 As part of the comprehensive efforts that the Ministry of Culture has undertaken to safeguard heritage sites nationwide, nine historic sites chosen from 19 finalists were granted awards acknowledging their maintenance and preservation endeavors at Taichung's Cultural Heritage Park on Dec. 18.

Altogether, the nine laureates are recognized as successful preservation models that can inspire the multitude of historic sites in the country to follow suit:

The Beitou Museum (北投文物館), a Japanese-style building that was once the largest bathhouse in East Asia.

The Japanese-Style Residence of Daxi Elementary School (大溪國小日式宿舍) in Taoyuan.

Lanshi (大溪蘭室), a century-old residence with both Fujianese and Western architectural styles in Taoyuan.

Apart from the awards ceremony, an exhibition that seeks to raise awareness on the importance of cultural heritage as a common and shared asset kicked off concurrently at the Taichung park, showcasing the efforts invested in maintenance work of the ten runners-up, along with the nine winners. The exhibition will run through Nov. 30, 2020.