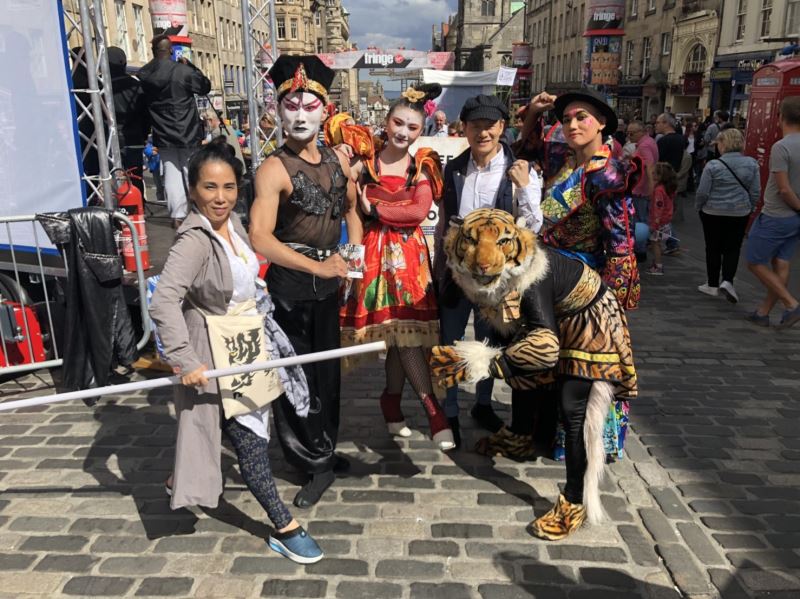 Artistic Director Wu Hsing-kuo (吳興國) of Contemporary Legend is Hsing Legend's leader, personally coaching the young troupe members based on a three-year incubation program he developed to cultivate full-time performers and dancers. His future plans will introduce interdisciplinary creations with young performers as the final stage of his lifelong mission to innovate Peking opera and pass down his art to younger generations.

In light of the talent shortage devastating the future of traditional theatrical arts such as Peking and Kunqu opera in Taiwan, Wu began organizing an opera class and an opera festival every year since 2010 as part of his task to cultivate young troupers and perpetuate this cultural heritage. The two programs also produced talents for Hsing Legend.

In 2018, Hsing Legend scored four-star ratings at the Edinburgh Festival Fringe with the work "Wu Song – The Tiger Warrior (英雄武松)," which was the first complete production from plot arrangement to play launch to be carried out by the young troupe.

Based on the classic Chinese novel "Water Margin (水滸傳)," the Peking opera incorporated rock 'n' roll elements, giving off a vigorous musical rhythm and beat that notified festivalgoers on the onset that it was an interdisciplinary work.

In April this year, Hsing Legend brought "Wu Song – The Tiger Warrior" to the 2019 Taiwan Traditional Theatre Festival in Taipei. The troupe played the drama four times during the festival, providing the audiences with an opportunity to learn about this new era of Peking opera.

Wanting to show Taiwanese audiences the marvelous opportunities offered by this genre, Hsing Legend added an extra 40 minutes of content to the original 50-minute program produced for Edinburgh Fringe, making the Taipei showings a dazzling display of skills and adding to the stage experience of the young crew.

Howie Chu (朱柏澄), the actor who plays the titular Wu Song, said he hopes interdisciplinary Peking operas would appeal to more young audiences and inspire them to learn more about the beauty of traditional theatrical arts.

Hsing Legend Theatre and three other Taiwanese art groups have been selected to present their works at the Off Festival d'Avignon in France this July. Apart from bringing "Wu Song – The Tiger Warrior" to French audiences, Hsing Legend hopes to network with international peers and garner more overseas opportunities.